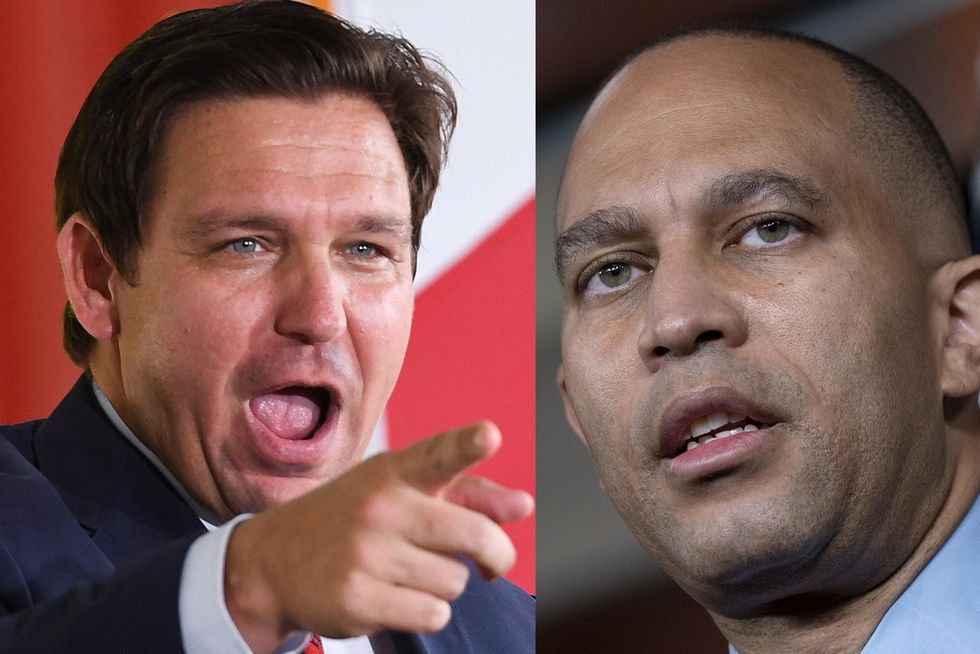 Many on the left have used the human trafficking allegation to criticize Republican governors who relocate migrants to cities and towns, ostensibly to show support for migrants.

“They should start acting like governors and stop acting like traffickers,” Jeffries told reporters. “They put politics above people in the most outrageous way.”

He said the actions of the two Republican governors were “radical, reckless, regressive and reprehensible.”

Upon learning of the Democrat’s comments during a media briefing later that day, DeSantis fired straight back at Jeffries and other Democrats.

“I haven’t heard a peep from all the people Biden has told you can just come in and they go, they’re being abused by the cartels, they’re drowning in the Rio Grande. She had fifty [migrants] who died in a shed in the middle of Texas,” he continued.

“I have heard no outrage about it!” said DeSantis.

“I have heard no outrage at all the fentanyl that has spilled over the border killing Americans in record numbers. I hear no outrage at the criminal aliens that came through and then victimized people not just in Florida but across the country. I haven’t heard any outrage about it,” he added.

“The only thing I hear them tease about is that you’re 50 [migrants] end up in Martha’s Vineyard,” DeSantis concluded. “Then get really upset!”

Officials in Martha’s Vineyard scramble to provide shelter and food for the migrants who arrived at the resort island. After just two days, they arranged for the migrants to be bused to accommodation on a military base in Cape Cod.

A criminal investigation was launched against DeSantis for sending the 48 migrants to Martha’s Vineyard.


The criminal investigation into Gov. DeSantis’ migrant flights to Martha’s Vineyard has been launched