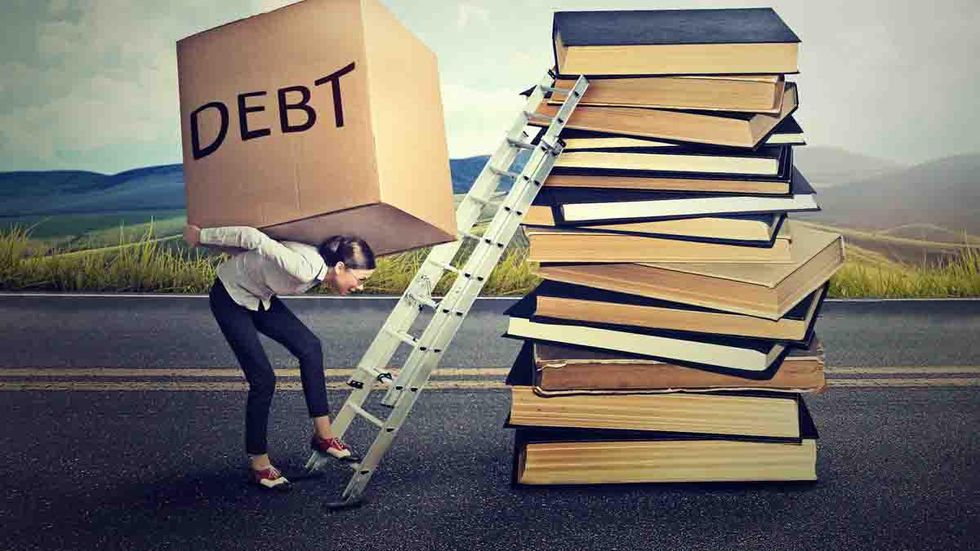 Government, particularly at the federal level, has transformed itself from a protector of individual rights to a bizarre game show. It’s constantly giving away cash and prizes to a small group of people at the expense of the unwitting sponsors, the taxpayers. One of those freebies that has resurfaced is a call to cancel student debt. While the cost of college has become enormous, in many cases exceeding the value of what students receive in benefits, debt relief does not solve the problem for some or all graduates.

The problem begins, unsurprisingly, with the government itself. The federal government, under President Obama, took over the bulk of college lending and became the country’s largest predatory lender. It preys on teenagers and saddles them with tens of thousands of dollars in liabilities that are generally unsatisfactory in bankruptcy courts (another government decision) for accreditations that often fail to provide a reasonable return on investment (ROI).

This has hampered, not helped, wealth-building opportunities for many young people.

Providing easy and available funding for young people who haven’t been taught how to assess ROI in our government schools increases demand for college education and drives up costs.

This process of risk assessment and reasonable pricing is done for almost any other type of loan that one takes out for a specific reason. In addition, the possibility of full or partial default is typically built into every other underwriting process, thereby providing a mechanism for recognizing bankruptcy.

The government has turned this completely on its head. Without underwriting and bankruptcy, young people are on the hook, allowing colleges to continuously raise their rates without risking or recourse to them themselves.

So how does the government solve something by selecting a group of people whose debts are to be “forgiven”? It would unfairly shift the burden of the costs (via more government debt, inflation, etc.) from the person who made the commitment and reaped the benefits to all taxpayers. Those who dropped out of college, went to a cheaper school, made sacrifices to pay off college debt, or bore other types of debt burdens would be unfairly penalized by the government, which picks winners and losers.

It would do nothing to get college expenses under control and prevent the same situation from happening in the future. It wouldn’t make schools sell degrees that aren’t worth the cost.

All it does is give the government the power to play the host of a game show and ultimately buy more votes.

Furthermore, the suggestion by some Democrats that President Biden should bypass the legislature and its debt-forgiveness powers with the stroke of a pen shows once again their lack of desire to uphold the Constitution.

The college cost burden won’t change until we get the government out of school lending — an area it had no business in to begin with. Debt should be created through a market-based underwriting process, and with that, the ability for individuals to pay off their student loans through bankruptcy courts should be available to all debt holders.

Students taking out loans should be shown at each step of the process what their expected return on their investment will be based on their major, school and other factors, and they should be required to sign off on this as part of the process.

Colleges must either be part of the underwriting process and hold part of the loan, or be sued if graduates cannot use their degrees to improve their professional outcomes.

Meanwhile, given the cheap debt afforded to government and corporations alike for more than a decade, students unable to file for bankruptcy today should either be given that option or the interest rate should be paid at a be recalculated at a reasonable market rate and interest paid in excess of this in the past five years should be able to be used to reduce their principal balances.

We need to stop focusing on the symptoms and tackle the big problems. With student loans, as with almost everything, it starts with getting the government out of the way, not buying votes.

https://www.theblaze.com/op-ed/canceling-student-debt-doesnt-fix-problem Roth: The debt relief does not solve the problem

How Madison Cawthorn avoided charges after another airport gun incident