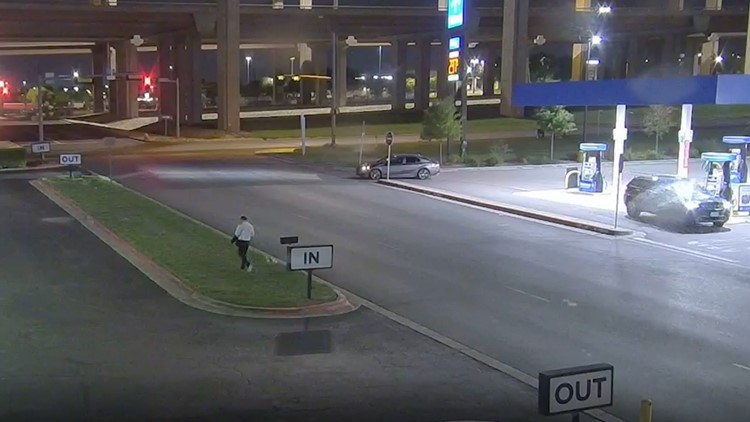 Eyewitnesses are being sought in connection with an aggravated assault that took place on September 4 near the Walmart on I-35 and State Highway 45.

The wanted eyewitnesses are in connection with an aggravated attack that took place on September 4 near the Walmart on I-35 and State Highway 45.

RRPD said the incident stemmed from a domestic dispute and that investigators have identified those involved. The driver, 24-year-old Andrea Estwick, was arrested on September 20 for aggravated assault with a deadly weapon. Estwick was committed to the Williamson County Jail.

The victim was initially in critical condition but is now stable, RRPD said.

RRPD said they are looking for additional eyewitnesses to help prosecute the case.

Anyone with information regarding the incident is asked to contact the department at bvillegas@roundrock.gov or at 512-671-2709. Anonymous tips can be submitted online.

Round Rock Police are investigating an aggravated assault that took place September 9 near the Walmart at IH-35 and SH-45. We have identified the parties involved but still need help locating potential eyewitnesses who may help prosecute this case. (1/2) pic.twitter.com/CGsItvSvuF

https://www.kvue.com/article/news/local/round-rock-police-sept-9-aggravated-assault-witnesses/269-71ac307a-5b16-444b-9d34-f51cc181a0d3 Round Rock Police are appealing for witnesses to the September 4 aggravated attack