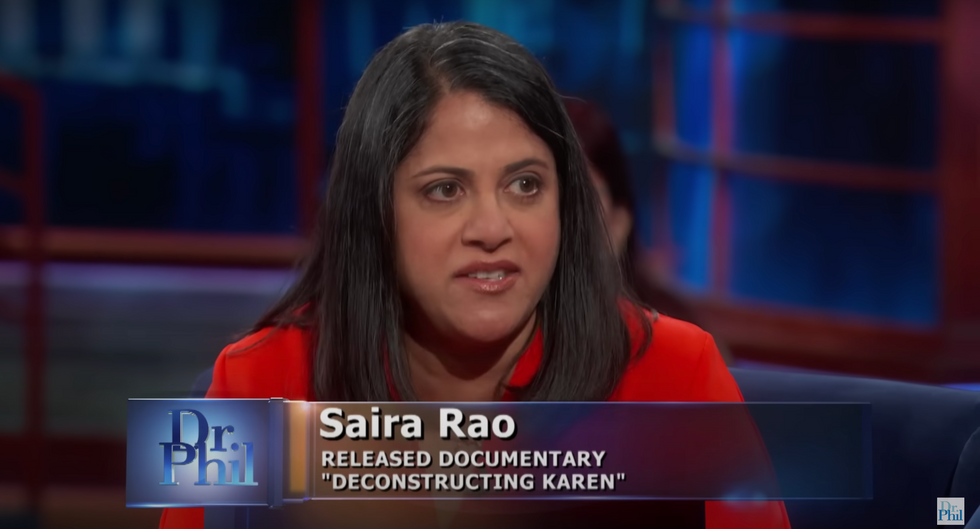 Saira Rao has suggested that people who are “color blind” about race are actually racist.

Rao, the co-author of the Book “White Women: Everything You Already Know About Your Own Racism and How to Make It Better,” has previously claimed that she wants to throw up at the sight of the American flag.

“This country is a racist, transphobic, homophobic, xenophobic, ableist, classist, Islamophobic, misogynistic dumpster fire. So when I see the American flag, I want to throw up,” Rao said tweeted in June.

\u201eThis country is a racist, transphobic, homophobic, xenophobic, ableist, neoclassical, Islamophobic, misogynistic dumpster fire.\n\nSo I want to throw up when I see the American flag.\u201d

She has also previously claimed that all Republicans are Nazis.

Rao is co-founder of Race2Dinner. “Race2Dinner experiences require white women to engage in very direct, extremely difficult conversations,” said Race2Dinner website. “There is no better place for honest conversation than at the dinner table. After three years, we can safely say that breaking bread together helps facilitate conversations about white supremacy, racism and xenophobia.”

Your wishes for Henry Cavill's Warhammer 40,000 series may have come true