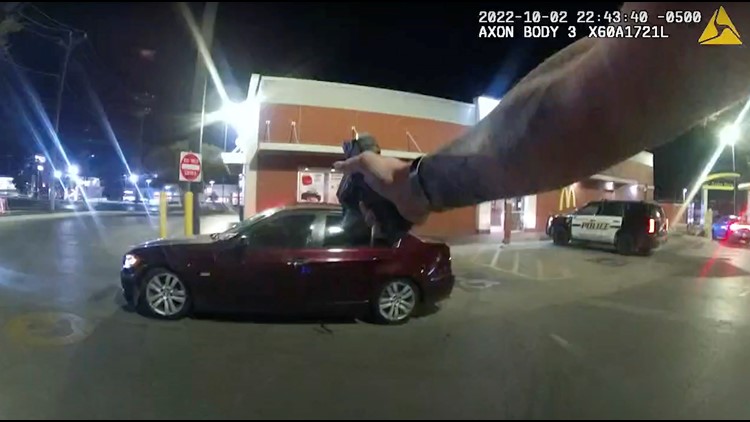 SAPD chief William McManus said the incident was a clear breach of policy. According to his family, Erik Cantu remains in critical condition.

SAN ANTONIO – The former officer who saw him shoot an unarmed teenager in a McDonald’s parking lot in San Antonio will be charged, according to sources SAPD boss William McManus.

James Brennand is expected to face two counts of aggravated assault by the end of this week. The charges could rise if Erik Cantu, 17, does not survive. Cantu is on life support and in critical condition.

Bodycam footage showed Brennand shooting Cantu while eating in his car on October 2nd. Brennand said he thought Cantu’s car was the same vehicle that had escaped him the day before when he called for backup.

Alyssa Campos, the SAPD’s training commander, said Brennand was there on an unrelated trouble call. In the footage, Brennand approaches Cantu’s car and orders him out before Cantu drives off.

Before reinforcements arrived, Brennand opened fire. McManus said the incident was a clear violation of their policy.

“The video was horrifying,” McManus said. “Looking at the video, there is no question for anyone that the shooting was unjustified. And it took us a few days to finish Brennand, but he was gone pretty quickly.”

Brennand was a probationary officer with seven months’ experience. San Antonio police officers have a full year of probation after they graduate. Days later he was released.

Meanwhile, Cantu’s family continues to ask for prayers for the teenager. According to a statement from the family attorney, Cantu is still in critical condition and is on life support. Operations were performed to repair injuries to some vital organs after he was shot four times.