According to the San Bernardino County Sheriff’s Office, the suspect reportedly robbed two banks Thursday afternoon — one in Grand Terrace and a second in Colton.

Update: Active investigation of 5th St & D St in the city of San Bernardino. Deputy was involved in a shootout with a bank robbery suspect – no outstanding suspects. Avoid the area, the intersection will be closed for investigation for a long time. No additional information at this time pic.twitter.com/XDhb9nyr01

Authorities said officers from the Colton Police Department spotted the suspect’s vehicle and prompted a pursuit.

Utility workers in the area were not injured, authorities said.

The sheriff’s office said when officers and deputies tried to get close to the suspect, he pulled out a rifle and began shooting.

The officers and deputies returned fire and beat the suspect.

The suspect was later pronounced dead.

No law enforcement officers were injured. The incident is being further investigated.

Massively Overthinking: Making money in MMOs - easy, hard or in between? 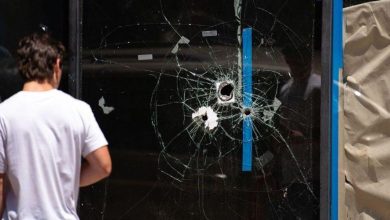