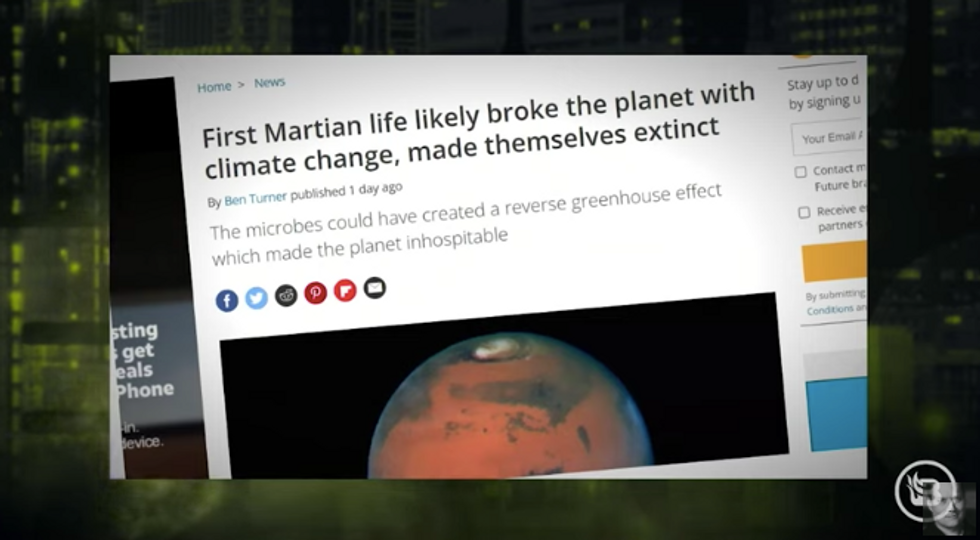 Have you heard about the US government’s push to research how to dim the sun? Yes, they want to cool the earth by reflecting sunlight away from the earth.

A new report from Life Science says the earliest known life form on Mars “probably” self-destructed as a result of climate change. “Probably” isn’t a word you hear a lot in science, Stu Burguiere noted on Friday’s episode of “Stu makes America.”

“What’s interesting,” Stu said, “is that we have yet to prove that life ever existed on Mars. Scientists have theorized it, but we have yet to prove that little green or gray males, whichever is less racist, ever lived on Mars.” The life often mentioned is microbial, and according to some scientiststhe greenhouse effect produced by these microbes was theoretically caused by the planet’s distance from the sun.

Stu joked that life on Mars was being destroyed because the microbes “evolved into a democratic government administration that decided to build a giant mirror and reflect sunlight away from the planet, burning itself up in the process.”

To enjoy more of Stu’s deadly wit, wisdom and mockery, Subscribe to BlazeTV – the largest cross-platform network of voices who love America, defend the Constitution and live the American dream.