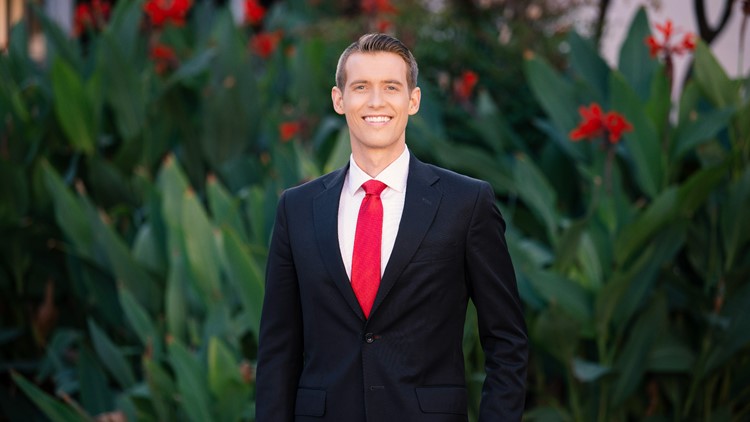 AUSTIN, Texas — KVUE Daybreak found its new meteorologist, and we didn’t have to look far. Shane Hinton will join Yvonne Nava and Rob Evans on weekday mornings and will reunite with his former weekend morning presenter Hannah Rucker.

“In addition to his amazing personality, energy and chemistry that he already shares with the Daybreak team, Shane is a weather scientist,” said KVUE News Director Christina Ginn. “He loves telling stories about our changing climate and how it is affecting residents of central Texas.”

Shortly after arriving at KVUE in November 2020, Shane reported during the winter storm of February 2021. Recently, he stayed on the airwaves for hours during the ice event of February last year, providing constant updates on the tornadoes that hit rock round in April.

“Shane lights up a room and instantly puts a smile on everyone’s face. I couldn’t be more excited to see him join the Daybreak team. Shane is the ultimate team player and a tireless worker that Central Texans can trust as he watches over the weather as they sleep. Shane has helped guide Central Texas through winter freezes, spring tornadoes and some of the hottest summer temperatures on record for Austin. He is a tremendous addition to our weather team and the perfect addition to KVUE Daybreak,” said KVUE Chief Meteorologist Jäger Williams.

Prior to KVUE, Hinton was a weekend weather forecaster based in New Bern, North Carolina. A proud University of Miami graduate, he knows a thing or two about hurricanes. He will replace former Daybreak meteorologist and KVUE’s new chief meteorologist, Hunter Williams.

In his free time, Shane enjoys running and considers himself a big movie fan. He is also a canine father to his rescue dog, Stratus, who was found roaming the streets of South Carolina after Hurricane Florence.