The drama series — a sharp, unrelenting update of the Swedish film trilogy — is the kind of show Netflix should be pushing.

At “Snabba Cash” everyone is looking over their shoulders. It’s never more than a moment or two. But once you start tracking when and how and where people are doing it on this Netflix drama series, it’s hard to ignore. Snabba Cash is the kind of show that constantly convinces you that doom could be lurking around every corner.

It’s also the kind of show that would be a no-brainer with even the slightest nudge from a streaming service that needs one right now. For a corner of the viewing audience looking for a show that takes on the mantle of crime TV, “Snabba Cash” has all the excitement, patience, and craftsmanship that have infused all comparable current favorites. A cross-generational look at big business in Stockholm, drenched in danger and with a laser focus on all caught in its wake, it’s the kind of show that holds on and won’t let go.

Taken from the same Jens Lapidus book that spawned a film trilogy about a decade ago, Snabba Cash places itself squarely in a certain corner of the Swedish crime world. At the beginning, the show traces three different central figures. Leya (Evin Ahmad) is an aspiring small business owner on the verge of taking her vibrant startup idea into the financial stratosphere. When he’s not working on his wedding gig, Salim (Alexander Abdallah) is a hitman/lieutenant for a big player in the local drug trade. After a bad decision or two, Tim (Ali Alarik) owes a debt to some of the same people who run Salim.

The show’s first season slowly weaves all of their fates together until it reaches the inevitable boiling point. Even in Season 2, without any of that connective tissue, “Snabba Cash” has the steady, ongoing build that drives some of the best animated shows. Each 45-minute episode ends with both frayed nerves and anticipation. At times, Snabba Cash is inherently exhausting, feeding on the raw power that so many of its characters try to grab for themselves. 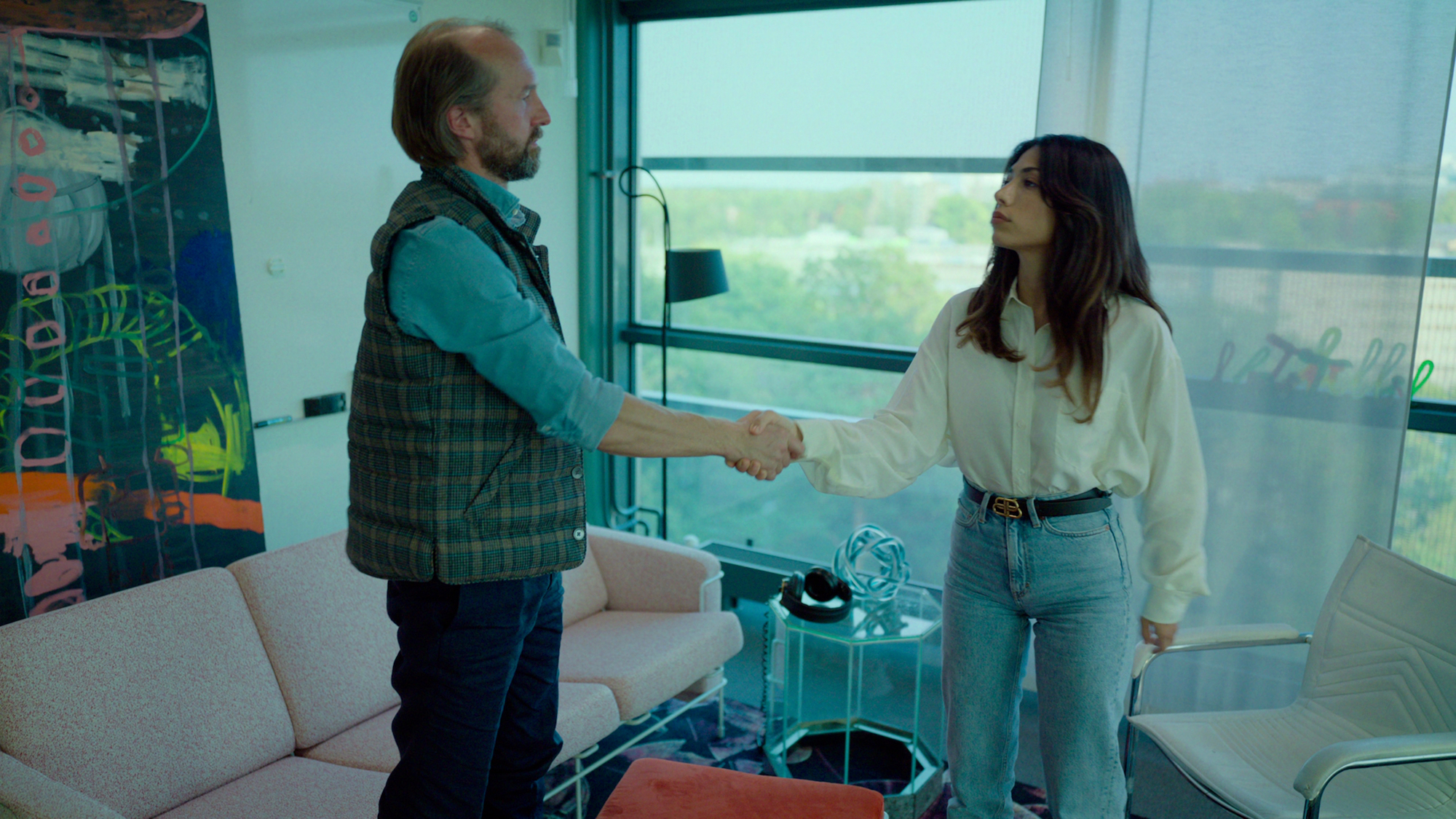 Directors Jesper Ganslandt, Måns Månsson and Lisa Farzaneh, along with series DPs Jonas Alarik and Erik Molberg Hansen, never stray too far from who the series’ attention is drawn to. There’s an immediacy to every situation that never spills over into the handheld camerawork fetish that sometimes plagues shows with a similar tone or goal. When gunfights break out, “Snabba Cash” often watches the chaos from the getaway car. When Leya is preparing for a big speech/presentation in an elevator or backstage, Ahmad is a magician at holding the screen without paying extra attention to how far the camera is in her personal space. There’s a high level of visual control throughout, never letting the viewer slip into chaos, even if some of the series’ characters are.

All of this is backed by ‘Snabba Cash’ who have a strong local understanding. It takes advantage of outdoor meetings and confrontations in environments that stretch for miles in every direction. Few television shows receive so much help from being placed in a pre-packaged environment. (One thing that helps, too: an elite title sequence. A parade of “candid” photos that juxtapose living room Polaroids of characters alive and dead alongside crime scene snaps? It’s a succinct, minute-long synopsis of everything “Snabba Cash” has offer.)

This environment, in turn, hosts a fragile ecosystem. “Snabba Cash” has a certain level of unpredictability that comes from the ever-changing balance of power. Season 2 in particular drops a metaphorical grenade down the hierarchy of Stockholm’s illicit activity, be it at street level or in fancy temperature-controlled boardrooms. When so many people involved in their favorite business see success as a matter of life and death, you’ll end up getting your fair share of that last part.

So Snabba Cash doesn’t just stick with the same cast, finding increasingly unlikely ways to wriggle out of trouble. It’s hard to imagine the show would ever work without Leya as a case study, but if any show could possibly withstand the demise of its main character, it’s one where the game never really ends. For everyone involved in the various networks centered around Leya, series head writer Oskar Söderlund is grappling with a number of first-hand consequences. Some of them are the ones that people on the show directly experience. Some are the kind that everyone else has to live with to remember. It’s not a show for taking the easy way out of an impossible situation.

In Season 2, these consequences are even more pronounced on another generation. Just as a power struggle is turning teenagers into armed combatants, teachers are told there is no extra funding for the schools these children attend during the day. At all levels of the business, Snabba Cash reveals a divide between those who have the luxury of being comfortable and those who struggle to keep what they have. That goes for the adults making these life-and-death decisions, and for those younger than them who are learning lessons, depending on who survives.

Another level that Söderlund helps unlock in Season 2 explores how people sit after what happened to them. There is bloodshed on this show, but never in a flippant or sociopathic way. Every episode of “Snabba Cash” has its fireworks moment, but there’s a certain balance in those quieter sections when everyone has to grapple with the impact that split-second decisions have on those around them. The past is there to visit those who cannot escape. Anyone who dares to immerse themselves in these networked worlds will find it difficult to tear themselves away.

Snabba Cash Season 2 is available to stream now on Netflix.

Iranian drones shot down as Russia ramps up airstrikes: Ukraine