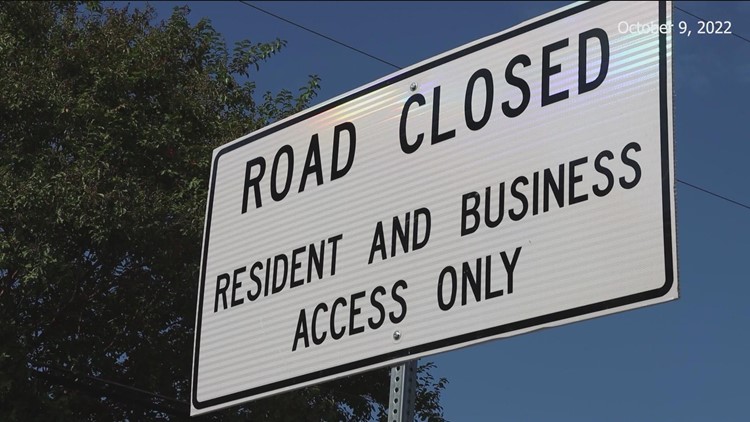 “It is very confusing. I understand why they do it, but it gets confusing because they think everything on the street is closed,” said one business owner.

AUSTIN, Texas – Many businesses benefit from the Austin City Limits Music Festival and the thousands of people the event attracts, but other businesses like those in the Casa De Luz village on Toomey Road nearby Zilke Park said they see fewer customers.

On the weekends during the ACL there is a sign on Toomey Road saying ‘Road closed to residents and businesses only’.

“It is very confusing. I understand why they do it, but it gets confusing because they think everything on the street is closed,” he said Third Eye Lounge Co-Owner Ash Sumida.

3rd Eye Lounge is the Casa De Luz Village. Sumida said they saw fewer customers over the first weekend of the festival. Some businesses along Toomey Road said customers may think the road is closed or don’t want to deal with traffic caused by ACL in general. People are allowed to pass through the street if they live on that street or go to a shop, as the sign indicates.

“Definitely not our normal number of people coming and going throughout the village, the restaurant is also experiencing slow phases,” Sumida said.

Sumida said they get some parking passes to give to customers, but parking on Toomey Road on ACL weekends can be a challenge.

Sady Sparks has also set up shop in Casa De Luz Village. She writes poetry for a living and worked last weekend.

“Half of the road is closed. The parking lot is full of scooter companies, the pedestrian walkway next to the condos is closed, and it was a total ghost town. You could feel the energy was completely different, so I just went home,” Sparks said.

Businesses in Toomey said they are trying their best this weekend as they once again deal with road closure and parking challenges.

On the other hand, businesses along Barton Springs Road said they’ve seen a surge in business as people drop by as they leave the festival.