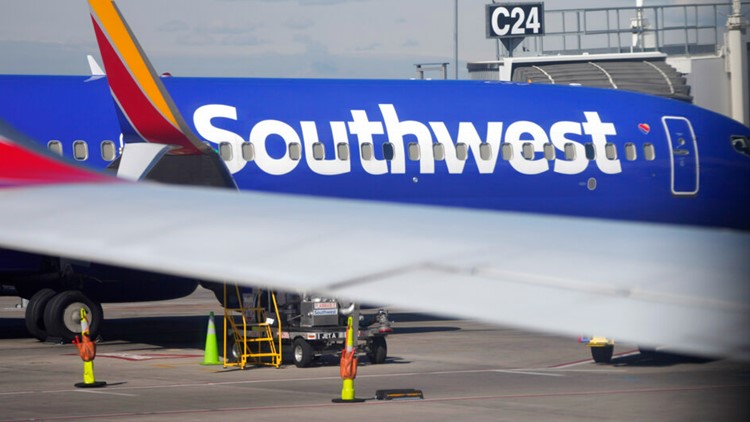 The airline has canceled more than 13,000 flights since December 22, according to tracking service FlightAware.

Friday was the first day since Christmas Day that Southwest had not canceled a double-digit percentage of its flights. In an on-air interview with Good Morning America, CEO Bob Jordan said the return to regular operations was going smoothly.

“We got off to a great start today,” he said. “We have launched to the east coast and have a great operation underway. It’s our busy schedule: 3900+ flights.”

Blaming the effects of the winter storm for the massive bottleneck in flights, Jordan said Southwest’s broad presence hurt them more than other airlines like Delta and United, which recovered quickly and didn’t have nearly as many cancellations as Southwest.

“This has just been an unprecedented storm for all airlines. It was widespread across the country, record cold,” Jordan said. “What’s different for us is that we’re the top airline in 23 of the top 50 cities, so it just hit so many big locations at once.”

Pressing why Southwest has had so many problems compared to other airlines, he said the company’s troubles over the past week have been widespread.

“We had impacts beyond the storm that has obviously hit the South West. It was really the scale of the problems that we wanted to solve,” he said. “We have great tools, we have a regular operation that serves us well. But we have never seen anything like this in our 51 years.”

EXCLUSIVE: “The storm had an impact, but we had an impact beyond the storm that obviously impacted the Southwest in a very different way…We’ve never seen that in our 51 years…Lessons will be learned from this.” – CEO of Southwest Airlines after mass cancellations . pic.twitter.com/vJFh5vyYsk

Many have blamed the airline’s scheduling system as part of the problem, with some crews unable to contact those responsible for scheduling.

While Jordan said Southwest would improve its infrastructure after the incident, he gave no details on which parts of that infrastructure went wrong and how they would be corrected.

“As always, we invest in our operations,” he said.

The airline has canceled more than 13,000 flights since December 22, according to tracking service FlightAware. The planes have 143 to 175 seats and were probably almost fully booked around the Christmas and New Year holidays.

Airline executives said crew scheduling technology – a major cause of the meltdown – has caught up with pilots and flight attendants stranded in the wrong places. Southwest operated 1,600 flights Thursday, including 104 that were not carrying passengers but were used to position planes and crews for full operations on Friday.

South West leaders believe they will have enough vacancies over the next few days to accommodate any stranded passengers still wanting to fly with the airline – acknowledging many have either given up or found other modes of transport.

Southwest will refund tickets for canceled flights, and executives reiterated their promise to reimburse travelers who have been forced to pay for hotel rooms, meals and flights on other airlines. The airline’s chief commercial officer said the process will take several weeks. Executives said the airline will also pay to ship baggage that has been piling up at airports across the country.

Southwest lost $75 million during a much smaller disruption in October 2021 that resulted in about 2,000 canceled flights over four days.

It’s too early to say exactly how much the airline will lose in revenue following this latest incident.

George Santos is Donald Trump brought to his logical endpoint