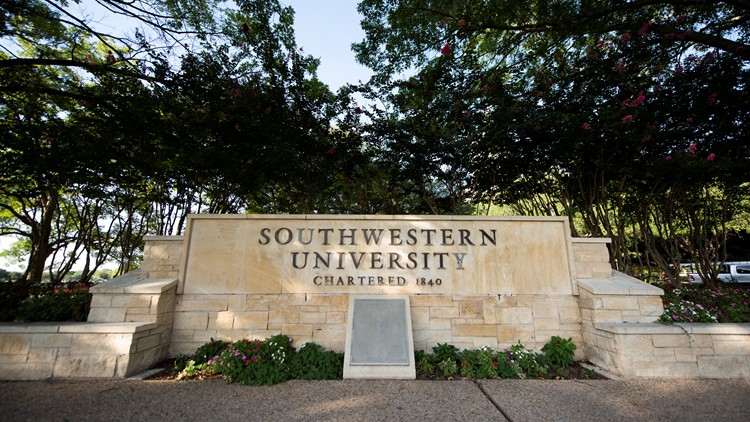 GEORGETOWN, Texas – In the heart of Georgetown is one of the oldest universities in Texas with a rich history and legacy: Southwest University.

The Liberal Arts School offers visitors access to a vast collection of history within the reach of your fingertips.

Firestone treats everything in the collection with kid gloves to protect the photos that tell the stories of Southwestern University.

In one picture there is a long line of women in front of a building.

“[The picture] was taken in 1925, shortly after a major fire broke out in the ladies’ annex building, which housed all the female students,” Firestone explained. “Our then Dean for Women, Laura Kuykendall, was able to get all the women out. We don’t know what started the fire…[the] Reports we have say that that night she rang a bell and took all the students out of the building.”

After the fire, the women at the university no longer had an apartment. This led to them being moved to the male dormitories and the male students were taken in by local families in the city.

In addition, the campus served not only as a university but also many other purposes.

Firestone added that their current campus is not where Southwestern originally began.

“Our first location is actually a few blocks down where the Georgetown ISD Hammerlun Center is now,” Firestone said. “It was Georgetown High School that was in the movie Dazed and Confused. So this is the original setting.”

In the Special Collections and Archives Room, Firestone often works with students to give them an insight into Southwestern’s legacy. Inside the room, visitors will find items such as letters from Senator Tower, the first Republican elected in the state of Texas.

“We also have what is known to be the earliest letter from Herman Melville, the author of ‘Moby Dick,'” Firestone added. “He was nine years old when he wrote it.”

As you walk across Southwestern’s campus, you are enveloped and surrounded by the architecture and beauty of the grounds.

“I just love the architecture of this campus,” said Amy Anderson, director of Discovery Services. The limestone is beautiful, but the library used to burn brightly. Southwestern’s library, built in the 1960’s, had a huge fireplace inside.

“It was a large open pit area that the students would climb into and sit by the fire…so it was way below that level,” Anderson added. “There weren’t any injuries that we know of, but I’m sure there were, because there were huge steps that were about that deep… so you actually had to climb in, and the students would be studying down there. “

Anderson says the architecture and buildings on campus have changed a lot, but in some ways the campus has stayed the way it always was.

“Students still have exactly the same mindset as they used to, if that makes sense to you. Teenagers are teenagers and our students were students and they’re almost the same,” Anderson said. “The cheekiness is still exactly the same … the idea of ​​finding a quick and easy way to do her homework or a quick and easy way to do it is still the same.”

Southwestern University is open to the public, and Firestone encourages visitors to go inside, explore the campus, and learn about the university’s fascinating history.

https://www.kvue.com/article/news/education/a-georgetown-gem-that-gleams-with-rich-history/269-006d1963-0aef-429f-a3f7-6c4a3e5452fa Southwestern University is the gem everyone loves in Georgetown