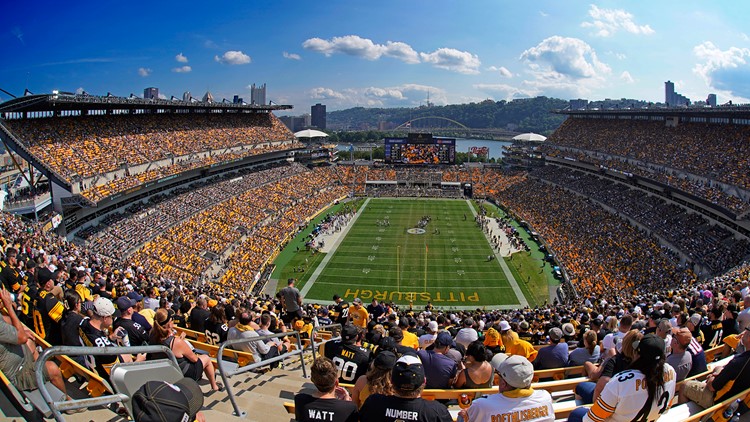 PITTSBURGH — A spectator at Sunday’s game between the Pittsburgh Steelers and the New York Jets died after falling down an escalator at Acrisure Stadium.

The Pittsburgh Department of Public Safety said police and emergency services personnel were alerted after a male spectator fell at around 4:45 p.m., shortly after the end of New York’s 24:20 win over the Steelers.

Rescuers attended to the victim at the scene before he was taken to hospital in critical condition. He died shortly thereafter. The man’s identity was not released.

“We are aware of an unfortunate incident that occurred today at Acrisure Stadium,” the Steelers said in a statement. “We are working with local authorities and are helping them investigate the matter. We send our thoughts and prayers to the guest’s family.”

https://www.kvue.com/article/news/nation-world/steelers-game-fan-dies/507-8ab42b29-a3ab-4646-bb3d-6dbe096b9b53 Spectator dies at Steelers game after falling from escalator