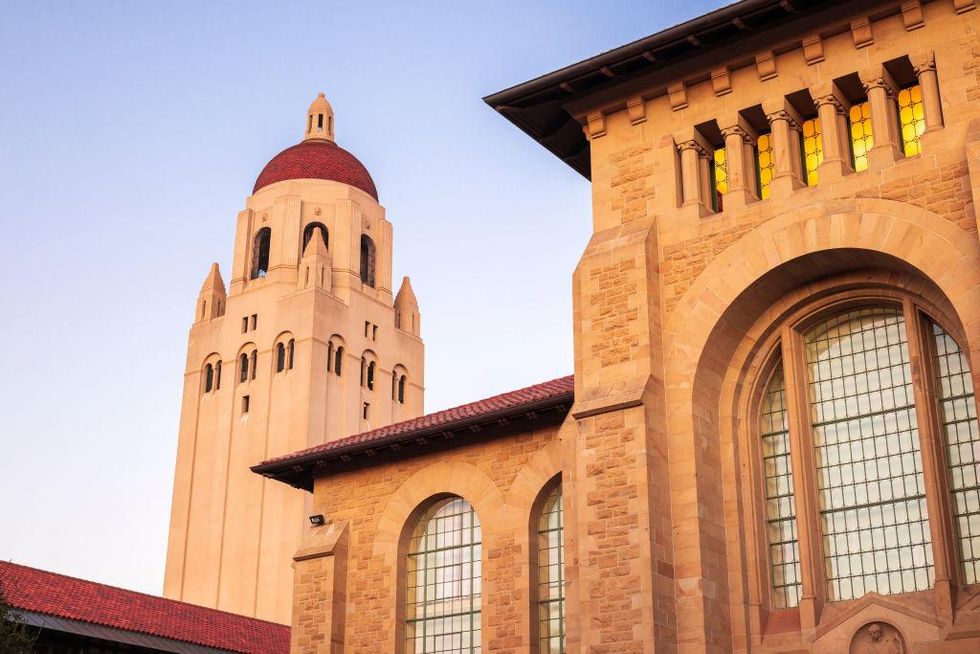 Stanford University has identified a list of words and phrases that it will soon remove from its websites. “American,” “he,” “straight,” and “gentlemen” are among the prohibited words listed in the school’s index of so-called “harmful language.”

Stanford Expectations on its website that “freedom of expression is at the core of the mission of our university’s academic life”.

Marc Tessier-Lavigne, President of the University, previously allegedly that in addition to threats of harm, disruptive speech, and unlawful harassment, we “do not otherwise restrict speech in our community, including speech that some may find offensive.”

It is now apparent that in official university communications, common words and phrases that are conceptually at odds with the agendas of LGBT and identitarian activists cannot be used freely.

The Wall Street Journal written down that administrators have adopted the recommendations of the so-called “Elimination of Harmful Language Initiative” and published a master list of banned words.

According to the university, the EHLI is “one of the actions prioritized in the Statement of Solidarity and Commitment to Action released in December 2020 by the Stanford CIO Council and affinity group People of Color in Technology (POC-IT).”

The terms listed in the Index of Censorship reportedly match those used by similar censoring peer institutions, including Brandeis University and the National Science Foundation’s Extreme Science and Engineering Discovery Environment project.

Although the university, which was under scrutiny, had password-protected the EHLI list and hidden it from the public, the Journal reported get a copy.

Terms that are deemed unusable and do not fall within the above categories are classified under “Additional Considerations.”

Prohibited words cited on the “Ableiist” master list along with preferred replacement words include:

Prohibited words cited on the Culturally Appropriative master list, along with preferred substitute words, include:

Prohibited words cited along with preferred replacement words on the Gender-Based Master List include:

Prohibited words cited on the Inaccurate Speech master list along with preferred replacement words include:

Prohibited words cited on the Institutionalized Racism Master List along with preferred replacement words include:

In addition to eliminating language related to biological realities and universal concepts that anger activists, Stanford also seeks to swap out idioms it considers violent, such as “kill a dead horse” and “kill two birds with one stone.”

While the stated goal of the EHLI is to eliminate harmful and biased language, there is an obvious bias in the proposed replacements.

For example, the EHLI assumes that the US is not the most important country in America, even though the nation is and serves as the most powerful and wealthiest benefactor to most other countries in the western hemisphere.

In another case, by assuming that “tribe” is culturally appropriate, the EHLI censors abolish alternative meanings and gloss over both Latin root “Tribus” refers to “one of the three political/ethnic divisions of the original Roman state” as well as its biblical usage.

Without giving a “trigger warning,” according to the Stanford Review mocked the EHLI list, making sure that as many of the prohibited terms from the master list as possible are used.

The campus newspaper urged “all students to be bold and generous in using any words that POC-IT deems harmful so that at least their guide has some other use besides a laughing stock.”

https://www.theblaze.com/news/stanford-university-releases-list-of-harmful-language-it-plans-to-eliminate-or-replace Stanford University publishes a list of “harmful language” it plans to eliminate or replace, including “American,” “he,” and “brave”