The unbreakable Kimmy Schmidt‘s Carol Kane will be beaming aboard soon company.

As it turned out during Star Trek: Strange New World‘s panel for Star Trek Day, the actress was cast in a recurring role for Season 2 of the Paramount+ series. Kane will play Pelia, a highly educated engineer who, according to the official description, “does not tolerate fools” and solves problems “calmly and brusquely thanks to her many years of experience”.

The streamer also revealed a sneak peek at the upcoming season, which will see Lt. Ortegas prepared for an away mission.

Press PLAY in the video above and check out a first look at Kane in full uniform below. 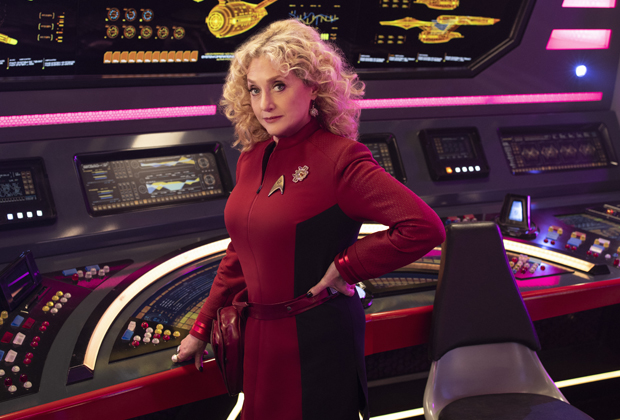 Set in the years before Kirk takes over USS Enterprise, Strange New Worlds follows Captain Christopher Pike, Number One Una Chin-Riley and Science Officer Spock as they explore new worlds across the galaxy.

As previously reported, Paul Wesley will join the show next season to reprise his role as James T. Kirk, a lieutenant on the show USS Farragut. Co-showrunner Henry Alonso Myers told TVLine that this younger version of the iconic character “isn’t quite the person she’s going to be yet” and “has to figure out a few things before she becomes that person.”

What do you think of Carol Kane joining? Star Trek: Strange New Worlds? What are your hopes for next season?