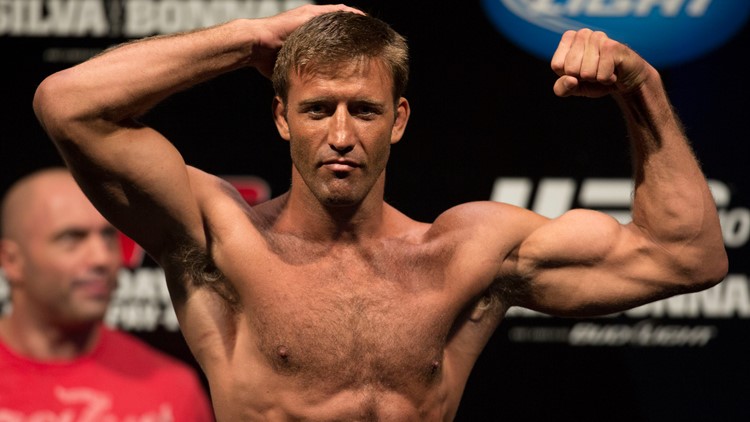 UFC President Dana White called Stephan Bonnar “one of the most important fighters to ever compete in the Octagon.”

WASHINGTON — Former combatant Stephen Bonar, who played a significant role in growing the UFC into the dominant mixed martial arts promotion, has died, UFC announced. He was 45.

Bonnar, who was inducted into the UFC Hall of Fame in 2013, died Thursday of “suspected cardiac complications while at work,” according to a statement from the UFC on Saturday. Further details were not released.

Bonnar, who is originally from Indiana, hadn’t fought in the UFC since 2014 and went just 8-6 in seven years with promotion.

In 2005, he competed on the first season of The Ultimate Fighter, the UFC’s long-running reality competition show. He reached the Finals of the competition where he had a spectacular bloody brawl with Forrest Griffin.

Griffin won the decision, but the viral attention garnered from the highly entertaining fight is widely credited with bringing the little-known sport to a wider global audience online and on Spike TV, which aired it.

The UFC family is saddened by the passing of UFC Hall of Famer Stephan Bonnar. We offer our sincere condolences to his family and friends.

“Stephan Bonnar was one of the most important fighters to ever compete in the Octagon,” UFC President Dana White said in the statement. “His fight with Forrest Griffin changed the sport forever and he will never be forgotten. The fans loved him, were related to him and he always gave them his best. He will be missed.”

Kremlin's offer to negotiate on Ukraine by Ret. General: "You lie"