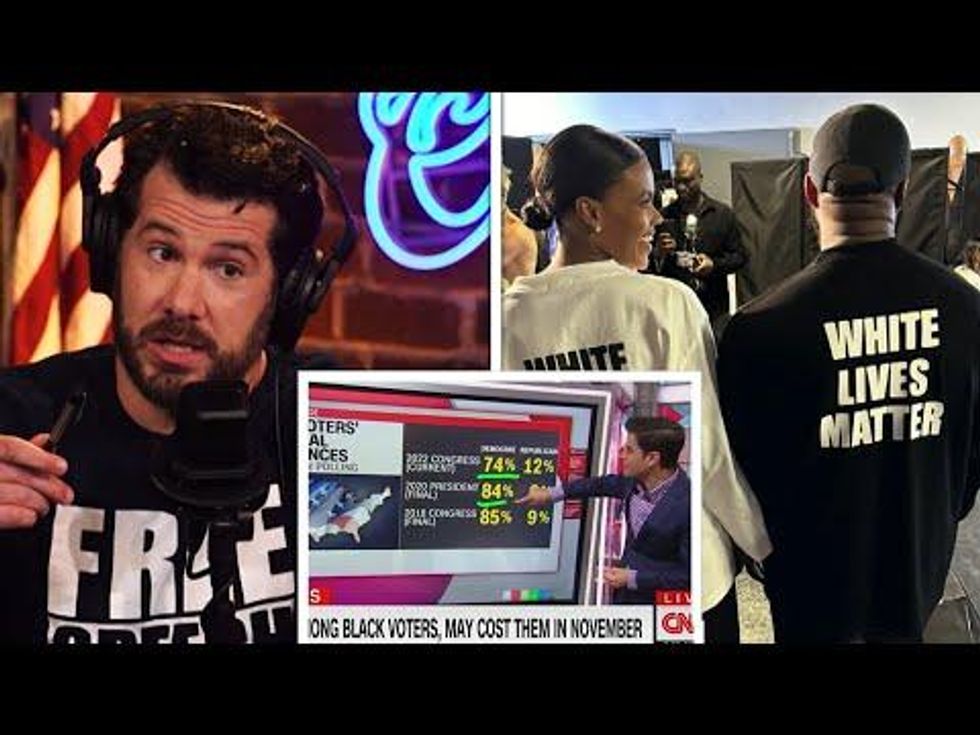 CNN finally acknowledged the declining number of black voters supporting Democrats. However, according to Steven Crowder, CNN and other news outlets have failed to tell their viewers how evident the downward trend in black voters has been since 2008.

“It’s not what you read. It’s what’s left out,” Crowder explained. Although CNN reported on the decline, its coverage only went back to 2018. Crowder data shows Democrats have bled black voters dry. Watch the video for the breakdown.

Later in Tuesday’s episode of “Louder with Crowder‘ the boys reported of the recent controversy involving artist Kanye West and conservative commentator Candace Owens for wearing ‘White Lives Matter’ t-shirts to a runway show. Many on the left viewed the political fashion statement as “dangerous,” but Crowder wondered what exactly is dangerous about two black people expressing respect for white people. video below.

To enjoy Steven’s uncensored late night comedy that’s really funny, join the mug club – the only place for all crowders uncensored and on demand.

When George Harrison first went to his local nursery, he bought almost every tree they had