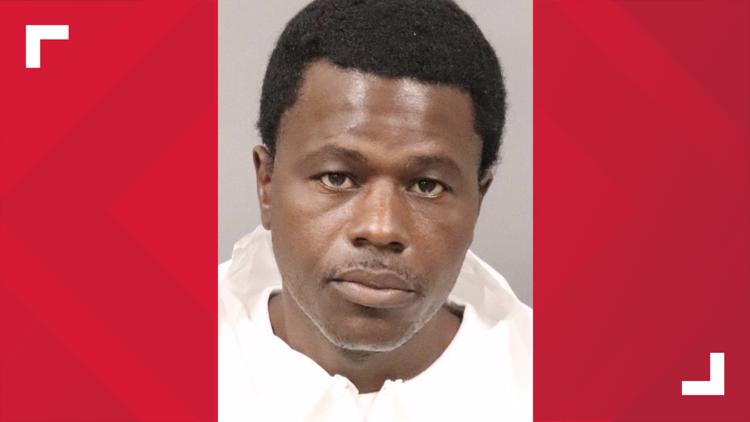 Wesley Brownlee, 43, of Stockton, has been arrested in connection with the latest string of murders, police say.

STOCKTON, California – The Stockton Police Department on Saturday announced the arrest of a suspect in the latest string of serial killings.

Wesley Brownlee, 43, of Stockton, has been arrested on manslaughter charges in connection with the killings, police say.

Police Chief Stanley McFadden says tips that came through the Stockton Crime Stoppers line helped authorities “find a suspect” where to follow him driving around.

“We observed his patterns and determined this morning that he was on a mission to kill. He was on the hunt,” McFadden said. “He was pulled over by our team in the Village Green Drive and Winslow Ave area around 2 a.m. this morning… We are confident that we prevented another homicide.”

The suspect was taken into custody wearing dark clothing with a mask around his neck and was armed with a firearm, officials said.

“I am grateful for the work of the Stockton Police Department and law enforcement agencies in assisting this investigation,” said Attorney General Rob Bonta. “When we face a challenge or threat to the security of Californians, we are stronger when we stand together. TThe citizens of Stockton and the California communities can rest easy knowing that this suspect is now in custody.”

The suspect will be charged on Tuesday, when officials will announce additional charges.

This remains an ongoing and fluid investigation, according to officials.

A serial killer may have ambushed seven people individually in the past few months and shot them alone in the dark.

None of the five victims originally linked were robbed or beaten before the shootings – all of which occurred within a few square miles – and none appear to have known each other, Stockton Police Officer Joseph Silva said. The shootings also don’t seem to have anything to do with gangs or drugs.

Authorities released a grainy still image of an “interesting person” dressed all in black and wearing a black beanie, who appeared in videos from multiple crime scenes.

“It’s overwhelming,” said Nick Yaw, cousin of Paul Yaw. “I never imagined that a serial killer would be the one who murdered my cousin. It is frightening. It’s really scary.”

Yaw said his cousin was more like a brother who loved fishing and cars.

“It’s terrible that this happened to him. I just hope we find the killer,” he said.

None of the shootings were caught on video cameras and no firearms were seized.

“We have no video of anyone holding a gun or actually committing a crime,” Silva said in a phone interview Monday.

Several people can even be involved in the violence. “To be honest, we just don’t know,” he said. “This person or people who do this are definitely very brave and bold.”

Police said four of the victims were each walking alone and a fifth was in a parked car when they were killed in Stockton in the evening or early morning. It is not clear what the April 2021 victims were doing before they were shot.

The ages of the murder victims range from 21 to 54; five of the men were Hispanic and one was white.

San Joaquin Delta College has sent messages to the college community about staying alert, and students are heeding that advice.

“I normally like to make a lot of phone calls, but now I just want to make sure I look around on both sides. When I take the bus, I make sure of what’s around me, what’s behind me,” said Anthony Sinclair, a Delta College undergraduate.

The college is also increasing patrols to ensure student safety. Stockton Police have also increased their patrols at night as detectives and task force members work around the clock on the case.

See more from ABC10: The Stockton Police Chief arrives at an abandoned camp to warn of a serial killer