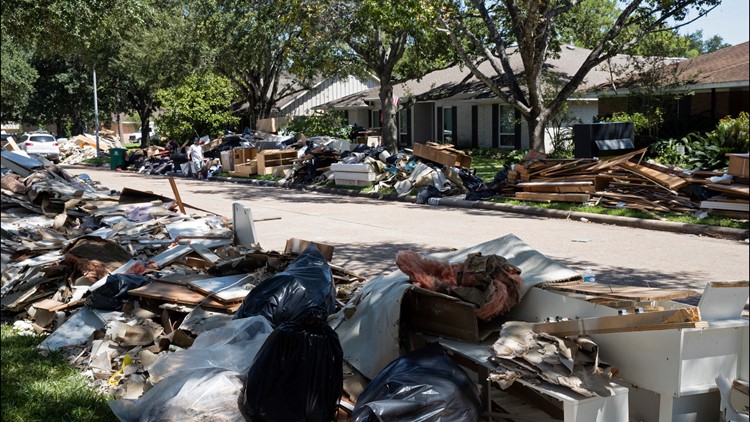 The study looked at two metrics: the number of climate-related disasters that have caused at least $1 billion in damage since 1980, and the amount of damage per capita.

TEXAS, USA — The United States sees its fair share of natural disasters — in varying forms — from coast to coast.

The west is rocked by earthquakes and ravaged by wildfires. Tornado Alley tears the Midwest apart. And the coast is hit by hurricanes.

Unfortunately, these natural disasters destroy many American homes and businesses, forcing those affected to rebuild.

A Study conducted by WalletHub shed light on the countries most affected by natural disasters. In the study, WalletHub says it used data from U.S. Census Bureau and the National Centers for Environmental Information to track two metrics: the number of climate-related disasters that have caused at least $1 billion in damage since 1980, and the level of losses per capita from those disasters.

Texas, as you can imagine, was at the top of the list.

The Lone Star State is the third most prone to natural disasters, according to WalletHub’s study. According to the study, the most affected state is Mississippi. Louisiana was second.

Texas led the nation in the number of climate-related disasters, causing $1 billion in damage since 1980.

Here’s a look at WalletHub’s map detailing the results:


Here’s how other states are faring from natural disasters, according to WalletHub:

To take a look at WalletHub’s study, click here.

According to Mike White, Sydney Sweeney has magical "powers".