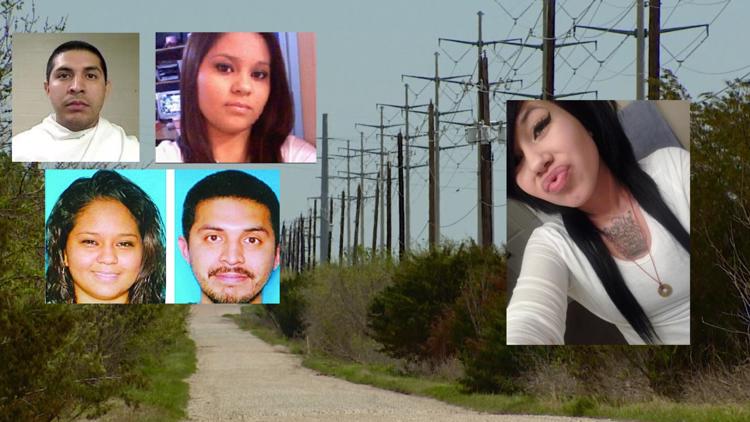 Ennis Police Department investigators are still working to confirm that Jennifer Puente was caught. Nevertheless, they hope that the case can be closed soon.

ENNIS, Texas — A final wave of justice could reach the family of 15-year-old Moriah Gonzales — even if it’s 10 years too late.

This week, Ennis police said the Mexican federal police had notified the Texas Department of Public Safety that Jennifer Puente was in their custody.

Puente has been on the run for 10 years — wanted for stabbing and killing Gonzales in March 2012.

Investigators say she dumped and burned the teen’s body on the side of a deserted road in Ennis with the help of now 40-year-old Joe Alvarado.

Alvarado was convicted of Gonzales’ murder and is currently serving a 34-year sentence for the crime and an additional 20 years for evidence tampering.

At the time of the murder, Puente was only 18 years old.

He said he hoped the police had Puente but would not rest until the extradition was approved and thoroughly carried out.

Munn said details of the capture or how it happened in the first place have not yet been released.

“It hit us all at once,” Danielle Gonzales told the WFAA. “We knew that day would come, but we didn’t know when.”

Gonzales was murdered in Ennis on March 17, 2012. She, Alvarado, and Puente all hung out at Alvarado’s mother’s house before her death.

Alvarado has publicly stated since the murder that Puente was under the influence of drugs and playfully threatened Gonzales with a knife before stabbing her multiple times.

He later testified that he had agreed to dump and cremate Gonzales’ body along with Puente on Knighthurst Drive in Ennis. Puente was Alvarado’s ex-girlfriend.

After Gonzales’ body was identified, police determined that her last contact had been with Puente. Then a search for her and Alvarado began.

A tip came in that both were staying at a Grand Prairie Hotel, and Alvarado was captured there soon after.

However, Puente managed to escape and has been on the run ever since.

Danielle Gonzales told the WFAA that she and her family felt hopeless at times.

“We just left it to God because we didn’t know what to do,” Gonzales said Friday.

“We didn’t expect something like this out of nowhere,” she said. “It’s almost unbelievable that it took so long.”

Weeks ago, the Gonzales sisters took to a local podcast called True Crime Broads to discuss the case.

During the podcast, the sisters said Puente might live in Mexico and offered an address where she could be based.

The sisters said it was provided to them by someone.

“Someone sent them this address, and I arranged for Renae to forward that information directly to the Ennis Police Department,” Lawson said.

“I immediately found out who was in charge of the case and sent it straight to them,” Rodden said.

“We’re keeping our fingers crossed that they have the right person, and that’s the right Jennifer,” Lawson added.

Munn said it was too early to say if the podcast had anything to do with the capture. Either way, Lawson and Rodden are glad the case is coming to light and finding a possible conclusion.

“We hope we helped, but if we didn’t, that’s okay too,” Lawson said. “We really want to help bring people to justice.”

Gonzales is also crossing his fingers.

“That’s what my sister deserved and what we all want.” She said.