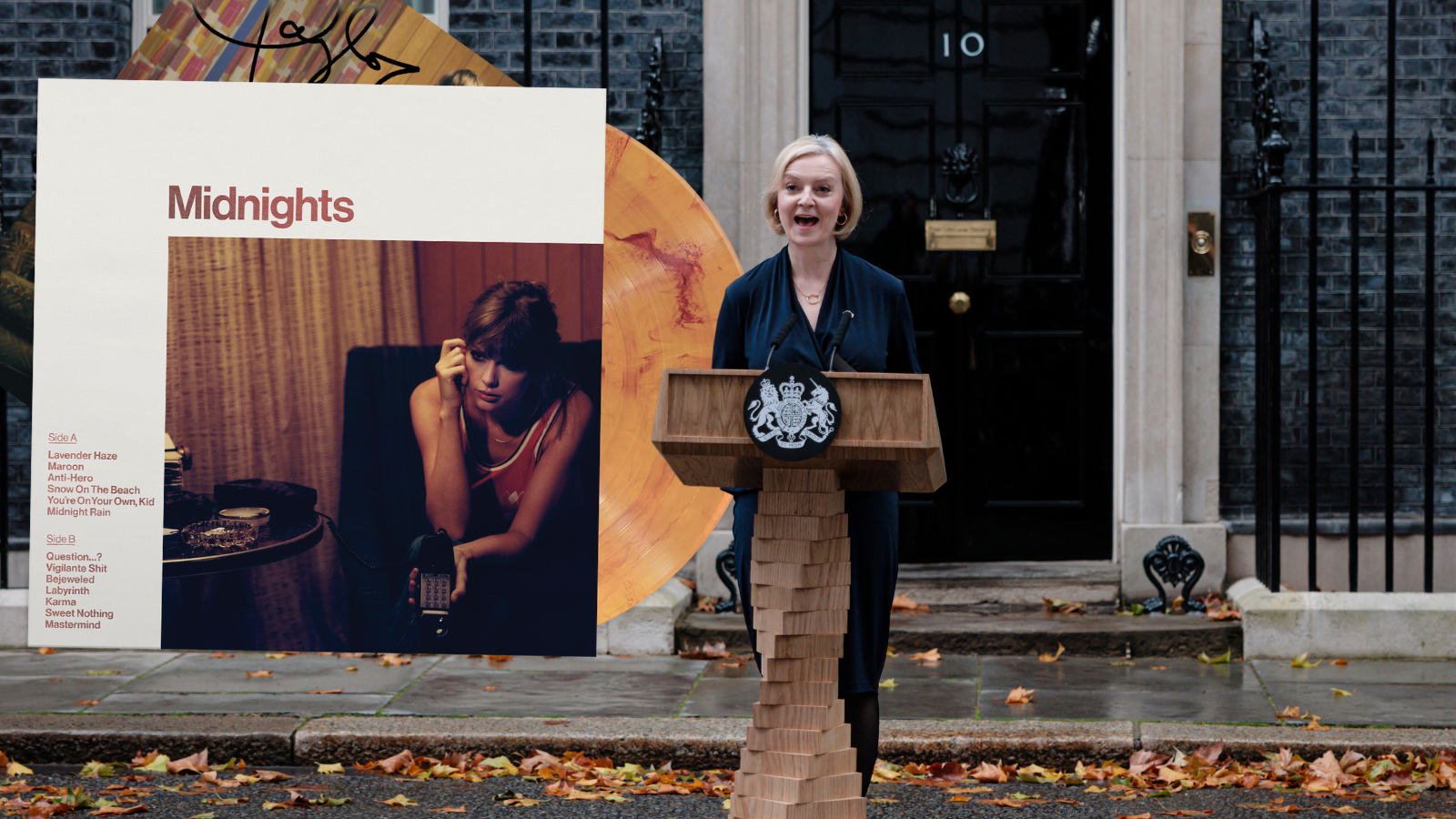 There is very little to overshadow the release of Taylor Swift‘s tenth studio album Midnight, apart perhaps from the resignation of the UK’s shortest-serving prime minister, Liz Truss. But what if we told you that the two biggest events of the last 24 hours on the musical and political stage were destined to play off against each other?

In the tweet above, the news anchor can be heard tagging Liz Truss’ story and saying that Ms. Truss’s favorite song was blank, before signing off to begin what is arguably the most surreal and comical montage by a major news network this year.

Thought was given to how Truss’ recordings were arranged to match the melody, with Swift’s lyrics complementing everything happening on screen.

Swift sings, “I can show you amazing things,” and Truss walks through a door.

The incredible things mentioned above, including magic and madness, were paired with shots of Truss looking glamorous and stunned, respectively.

Taylor sings, “Oh my god, look at that face!” then of course we switch to a shot of a camera zooming in on Truss’s face. Already got the idea?

There is a video editor, producer or director (maybe all of the above) at Channel 4 who will surely either be fired or promoted for this film.

The internet never ceases to stun as Truss’s resignation unleashes a flood of hilarious memes about the outgoing PM, particularly in relation to a head of lettuce that outlasts her tenure as PM.