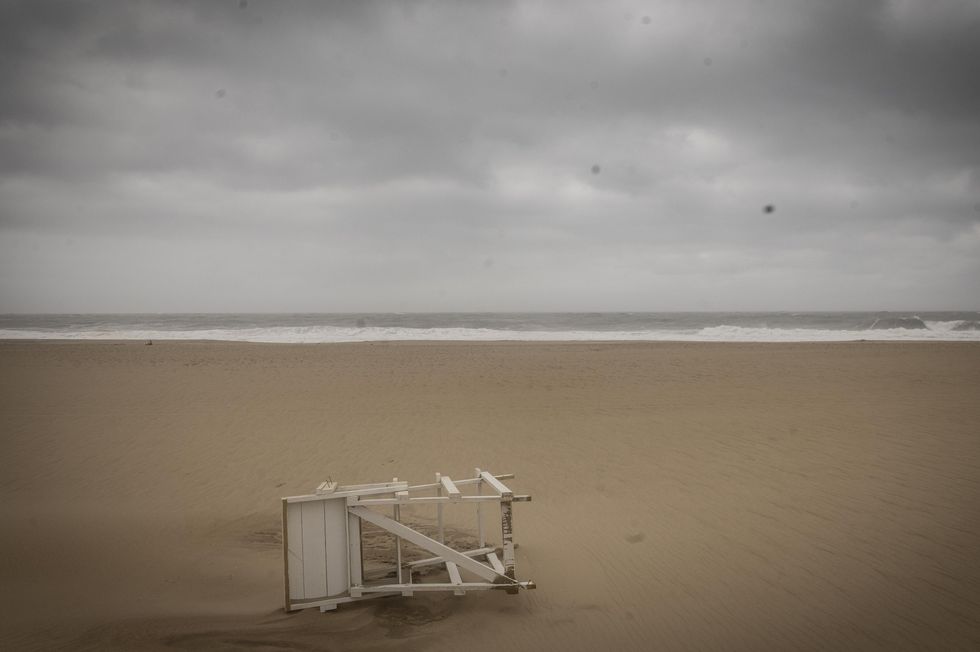 A Maine teenager has died and his sister was rescued after a hole the two dug on a New Jersey beach collapsed on her. NBC News has called.

Levy Caverly, 18, and his 17-year-old sister were digging a hole on a beach in Toms River, New Jersey on Tuesday when the sand collapsed on the two, trapping them.

First responders rushed to the scene, where they found the two trapped in a 10-foot hole on the beach. They were able to save the 17-year-old, but 18-year-old Levy died at the scene. The unnamed 17-year-old is expected to recover.

That Philadelphia investigators reports that Caverly and his sister dug the hole with frisbees.

The outlet added that Caverly recently graduated from the Mid-Coast School of Technology, where he was on the school’s award-winning robotics team.

On Saturday, a 13-year-old boy from Utah died digging a tunnel in a sand dune at an Area State Park.

First responders flew to the scene to rescue the child, who was buried under more than two meters of sand.

Rescue workers were able to get the child out of the pit and take him to a nearby hospital. Ian died on Sunday after failing to regain brain activity.

Devan Chavez, a parks authority spokesman, warned of caution when playing in the sand at beaches and parks

“Keep recreating yourself with a buddy or someone who can help you, or go and get help,” he said, according to USA Today. “And always let someone out of the area know where you’re going and what your plan is.”

https://www.theblaze.com/news/teen-dies-sand-collapse Teenager dies when he and sister get trapped in beach sand cave-in after digging 10ft hole