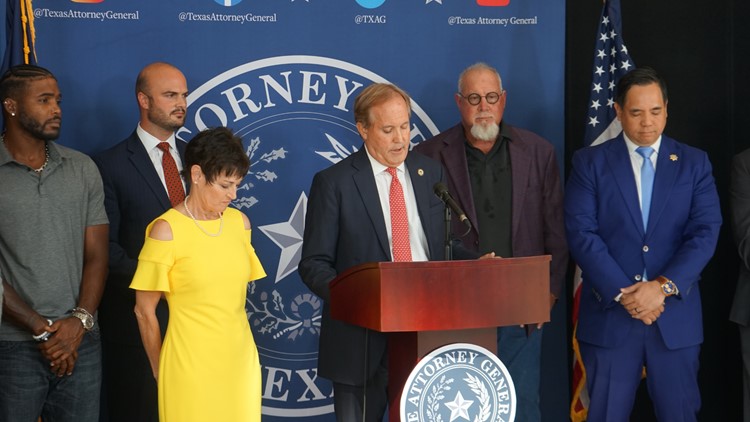 The program aims to fight the epidemic, particularly among student athletes.

Paxton and the new coalition, Friday Night Lights Against Opioids, announced the launch of the program to fight the opioid epidemic, particularly among student athletes. The coalition will do this by distributing over 3.5 million home medication/drug disposal kits during high school football games.

Other people involved are:

“Our 25,000 member coaches are keenly aware of this crisis … and will be quick to step up and have a major impact in this initiative as we move forward because, as an association, we have the opportunity to reach every high school in the state of Texas,” Martin said during a Press conference announcing the program.

Paxton said that in addition to distributing the packages during football games, public service announcements will be made and educational materials will be mailed to more than a million parents and students through the THSCA information network.

“With the increasing abuse of prescription drugs among high school students, more needs to be done to keep our students safe,” said Attorney General Paxton. “That’s why I’m proud to help launch this program to ensure we do everything we can to ensure our children are safe and any unused opioids can be disposed of promptly and properly. All of us – officials, educators, parents, coaches and community members – need to work together to end this epidemic, and that’s why this coalition is so important.”

“We need to educate our children about this. Every day we hear about the tragedy of opioid use in our children,” she said.

In Travis County, fentanyl led to 118 overdose deaths in 2021 Leading cause of accidental deaths.

To combat the drug crisis, Travis County officials declared a public health emergency in May.