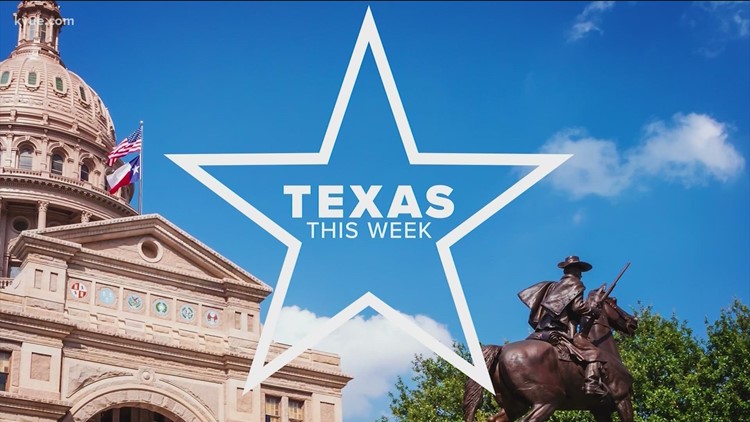 AUSTIN, Texas — Early voting in the November midterm elections begins in two weeks, and many central Texans are in new political districts.

Before the 2021 general election process, District 19 of the Texas House of Representatives was located in East Texas. It did not include counties in the KVUE display range. The Republican district incumbent, State Rep. James White (R-Hillister), decided to challenge Agriculture Commissioner Sid Miller in the primary, and his district was split up and District 19 was moved to central Texas.

Now District 19 includes four counties in our area—Travis, Burnet, Blanco, and Gillespie Counties, plus Kendall County, which is south of our observation area.

Ashley Goudeau: First, I want you to introduce yourself to our viewers and tell us why you want to serve in the Texas House of Representatives.

Pam Baggett: “I’ve worked on campaigns for people from Sarah Weddington forward for decades. Well, actually, at the age of five, I was out pushing push cards for my grandfather, who was running for Archer County county clerk. So I lived Archer County. I lived, grew up mostly in Fort Worth, came to Austin. I stayed until we retired a few years ago and now I’m in Blanco County. But professionally I worked for the government. I used to be a reporter for the state person there. I worked for state organizations and had my own business… We have this new district and we didn’t have a Democrat willing to run. And I sat and watched and watched. And finally I was like, ‘Wait a minute, I have to join.’ It is important to me. I want to be part of restoring women’s rights. I want to be part of funding schools. I want to be a part of that, well I’m really concerned about our National Guard and along the border. Me, although that’s enough for us to talk about, that’s basically a federal matter. I want to be a part of gun safety. I want to be a part of all the things that lead to a better life for all of us and that includes better access to mental health.”

Ashley Goudeau: What do you think is the most pressing issue facing Texans living in District 19, and how will you work on it?

Pam Baggett: “It’s like asking which of your children you love the most. This is really challenging and each topic is so critical. Of course, we don’t want our children to be killed, and if we’re going to backtrack a bit, we did it to get into gun control. And I don’t like the word “control”. I prefer the word “gun safety”. There are a lot of things we can do to improve the situation. But because I’ve lived in all of these districts, these communities, I feel like I have a pretty good understanding. I have friends who help me with basically all campaigns in 4.5 counties.”

Ashley Goudeau: In the wake of the Rob Elementary school shooting, there were calls for the creation of new gun laws related to – sorry – new gun related laws. Do you think there’s room for new regulations, new laws?

Pam Baggett: “New and restored. I believe in profiles, gun background, or purchases before you buy at a gun store, gun show, or online. We need to go back to background checks. If you own a gun, you must keep it in a safe place where children cannot get inside. We’ve seen too many accidents with it. And if you don’t keep your gun in a safe place and a child injures someone, you’re liable. I believe in red flags so that those of us who know our neighbors and family members or even people we regularly see at the grocery store when we work there must have the right to alert law enforcement. And law enforcement must have the right to screen that person. Me too, and this is a big problem, I see no reason for someone who is not in the military to own a military gun. I don’t. I don’t think we should sell AR or AK weapons. And in fact, at the federal level, I wish they would stop making them at all.”

Ellen Troxclair’s campaign tells KVUE News she will not be available for interviews ahead of the election. KVUE News was able to interview Troxclair ahead of the runoff for that seat in May. Below is part of that interview.

Ashley Goudeau: Talk to us about why you think you are the best candidate to represent District 19.

Ellen Troxclair: Yes, absolutely. I am mother of three children. I’m Christian Conservative. I am a small business owner. And I’m the only one in the race who has a proven track record of succeeding on campaign promises that I wish we had more of these these days… And I’m running because I’m tired of being sold out. We have to secure the border. We have to protect our children and we have to stand up for the truth. I feel like our country is in danger and Texas needs to lead the way back to sanity.

Ashley Goudeau: What do you think is the most pressing issue facing District 19 residents?

Ellen Troxclair: “Honestly, it secures the border. I don’t know… maybe you thought property taxes or natural resources or pro-life, pro-Second Amendment and all those things are surely at the top of my list. But securing the border, if we don’t get that under control, affects every other part of our government, every other part of our schools. It is an absolute financial and humanitarian crisis and a public security crisis. I was personally at the limit. I think it’s getting worse and that should be the number one priority for the Legislature and the Governor. And from there, of course, we can do more things at the same time. And I will continue to advocate for all of the other issues I have listed. But I think firstly, border security is the number one priority.”

Ashley Goudeau: So let’s talk border security. What role do you think Texas should play in securing the border?

Ellen Troxclair: Yes. Well, unfortunately, Biden just completely abandoned our state and clearly has no interest in making sure we have a secure border. And I firmly believe that every sovereign nation must have secure borders. Of course we wanted to follow the governor’s lead. And I know he’s doing everything he can to make sure we commit resources and people to make that happen. But I have a plan to get rid of the magnets that bring people here in the first place, like the free government handouts, whether it’s housing or whatever. We do not have citizenship exams for many of our federally funded programs. We need to make sure the magnets that bring people here in the first place are removed. Second, more traction and better technology. The cartels absolutely beat us, hands down. And the technology they use to get at the smuggling drugs and people across our borders. And we need to invest better in technology that will help us have the information we need to fight them effectively. And finally, I think part of it is a moral issue. We need to let our border patrol personnel, be they state troopers or whatever, know that they are assisted. You give up so much. They are separated from their families to spend time on our border to arrest people. And yet they don’t even have basic necessities like water and sunscreen.”

ACL brings thousands of people to Austin, but one downtown business loses most of its customers

Vegetarian crocodile 'Divine Miracle' who lived in temple dies at 75