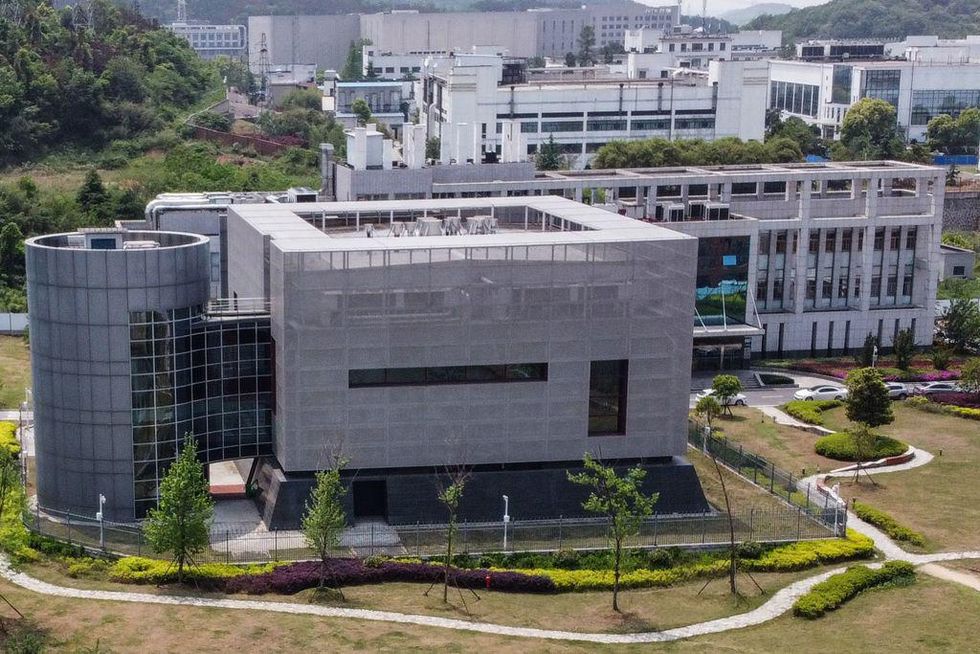 The chairman of The Lancet’s COVID-19 Commission has come forward and said he is “fairly convinced” that the origin of the pandemic lies in “US laboratory biotechnology”. He also warns that even more dangerous research is happening now – which may be why governments seem uninterested in investigating the origins of COVID-19.

In November 2020, Sachs assembled a task force for the prestigious medical journal to determine the origins of COVID-19. He chose dr. Peter Daszak – the President of the EcoHealth Alliance – personally to chair the task force. However, Daszak would withdraw from the investigation in June 2021 after being accused of a conflict of interest.

Daszak maintained close ties with the Wuhan Institute of Virology and channeled hundreds of thousands of National Institutes of Health (NIH) funds to the Chinese lab. Since the pandemic began, Daszak has vehemently argued that COVID-19 is a zoonotic disease that jumped from animals to humans. In addition, he loudly argued that the assumption that COVID-19 originated from a laboratory leak was unfounded conspiracy theory.

By September 2021, the Conflicts of Interest Task Force organized by The Lancet’s COVID-19 Commission was disbanded by EcoHealth.

Sachs said at the time, “I just didn’t want a task force that’s so clearly involved in one of the main issues of this whole quest for origins, which is the EcoHealth Alliance.”

Sachs said last week Current Affairs for putting Daszak on the task force dedicated to discovering the origins of COVID-19 because he said to himself, “Well, here’s a guy so connected he’d know.”

Sachs added, “And then I realized he wasn’t telling me the truth. And it lasted for a few months, but the more I saw it, the more annoyed I got.”

Sachs revealed that he disbanded the task force because other members were “part of this.”

He found that the NIH had hidden documents from the public — which were later revealed through a Freedom of Information Act request. Emails exposed through a FOIA request showed officials at the NIH and the National Institute of Allergy and Infectious Diseases (NIAID) were concerned that EcoHealth could be conducting gain-of-function experiments at the Wuhan lab.

Sachs noted that Daszak should have informed him that the EcoHealth Alliance was “manipulating the viruses.”

Sachs said he requested a research proposal from Daszak, but the EcoHealth chief allegedly refused: “No, my attorney says I can’t give it to you.”

Last month, a video went viral in which Sachs announced that “after two years of intensive work” he was “fairly convinced” that COVID-19 originated from “US laboratory biotechnology and not nature.”

“So from my perspective of biotechnology, it’s a mistake, not an accident of a natural spillover,” he said. “We don’t know for sure, I should be absolutely clear.”

Sachs noted, “But there’s enough evidence that it should be investigated. And it’s not being studied, not in the United States, anywhere. And I think for real reasons they don’t want to look under the rug.”

\u201cWow\ud83d\ude2fProf. Jeffrey Sachs: \n\n”I chaired the commission for The Lancet on Covid for two years. I’m pretty sure it came from a US biotechnology lab […] We don’t know for sure, but there is enough evidence. [However] It is not studied, not in the US, anywhere.”\u201d

In the interview with current affairs editor Nathan Robinson, Sachs suggested that early in the pandemic, scientists were “constructing a narrative” about the origins of COVID, jointly claiming that COVID-19 originated naturally in the Wuhan wet market, without definitive evidence.

Sachs asked, “Did we find an animal? no Do we have an explanation as to where this furin cleavage site came from? no We have no explanation for the timing, which doesn’t look quite right.”

He accused the health authorities and the media of having been “kind of misleading” since February 2020.

Sachs considers the laboratory hypothesis to be “very plausible”.

“The alternative is this To the right One to look at is part of a very large research program that was underway as of 2015, funded by the NIH, by Tony Fauci, specifically by NIAID, that was designed to study the spillover potential of SARS-like viruses,” Sachs said to Robinson.

Sachs suggested that COVID-19 may have come from gain-of-function research: “A lot of research has been done in the United States and China to take SARS-like viruses, manipulate them in the lab, and grow potentially far more dangerous viruses generate .”

“We know that the scientists at the Wuhan Institute of Virology were trained by American scientists to use advanced bioengineering methods,” Sachs explained. “And specifically, we have scientists in North Carolina, Texas and so on doing this kind of research, believe in it, argue for it and say they don’t want regulations on it and so on. And they were in close contact with the Wuhan Institute of Virology and were part of a joint research group put together by what they call an EcoHealth Alliance.”

Sachs described the EcoHealth Alliance as a “vehicle for funding from the US government, specifically the National Institutes of Health and specifically Tony Fauci’s entity, the NIAID.”

Sachs said Dr. Anthony Fauci and the NIH “didn’t show us anything” about possible research at the Wuhan lab.

“So you’ve seen a narrative being created,” he continued. “And the scientists don’t behave like scientists. Because when you act like a scientist, you pursue alternative hypotheses.”

Robinson asked Sachs why governments aren’t vigorously investigating the origins of a disease that has killed more than 6.4 million people in less than three years.

Sachs replied: “There are at least two reasons why they could do what they are doing. One is, as you say, the impact is huge. Imagine this coming out of a lab. And we’ve got about 18 million deaths from it worldwide, by some estimates. That’s not the official number. But that’s the estimated excess mortality from COVID. Well, the ramifications of that — the ethical, the moral, the geopolitical — everything is huge.”

The chair of The Lancet’s COVID-19 Commission added: “But there’s a second thing that’s also really important. One thing that’s pretty clear to me is that there’s so much dangerous research going on right now under the biodefense umbrella or other things that we don’t know about that aren’t properly controlled.”

He suggested governments could say, “Don’t stick your nose in there.”

https://www.theblaze.com/news/covid-origin-lab-lancet-jeffrey-sachs The chair of the Lancet COVID-19 committee convinced the origin of the coronavirus from US laboratory biotechnology

Sofia Carson believes she had "immediate" chemistry with Nicholas Galitzine