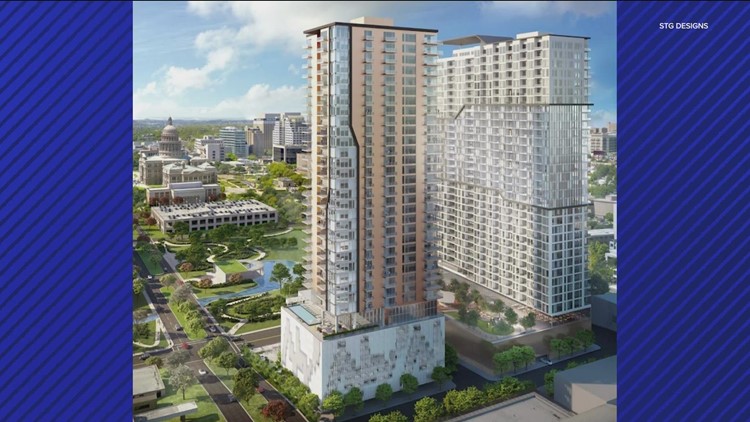 For the past six years, the city has been working on redeveloping the former HealthSouth property near 12th and the Red River.

AUSTIN, Texas — As the city struggles to create more affordable housing, a plan to create more in downtown Austin could take a step forward this week.

For the past six years, the city has been redeveloping the former HealthSouth property near 12th Street and Red River Street.

On Thursday the Austin City Council could approve a plan Build two mixed-use towers on this lot, which would include apartments, commercial space, a daycare center and more.

Council members want 25% of the housing in these towers to meet the “affordable” threshold for low-income residents. City documents show the development will have a total of 921 rental apartments, of which 232 are designated as affordable housing units.

The most recent action was in July of this year, when the council approved an amendment to the exclusive negotiation agreement with developer Aspen Heights Partners to extend the agreement through September 30.

The conclusion of a framework development contract could be approved this Thursday.

https://www.kvue.com/article/money/economy/boomtown-2040/city-council-healthsouth-development-plan/269-1b6f8142-ddb2-436b-85b4-b57bd2defb58 The City Council could move ahead with the HealthSouth development plan this week