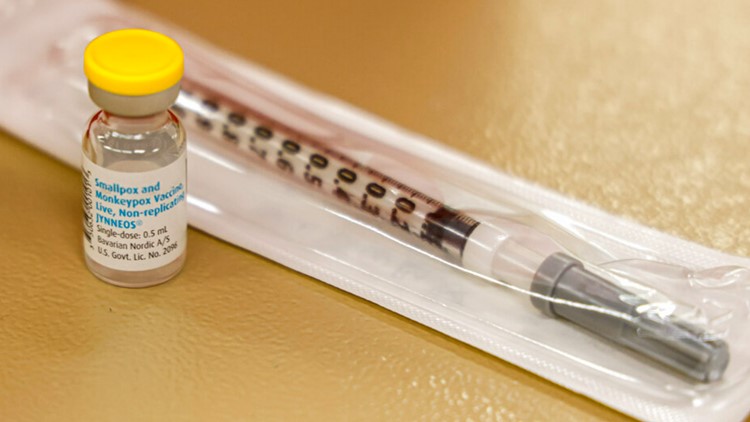 The spread of the disease is slowing, but the virus is so widespread that elimination is unlikely, the CDC said.

NEW YORK — Some US health officials are conceding that monkeypox is unlikely to go away anytime soon.

The spread of the disease is slowing, but the virus is so widespread that elimination is unlikely, the Centers for Disease Control and Prevention said. This conclusion was in a recent CDC report, and repeated on Friday by Marc Lipsitch, director of science at the agency’s Center for Disease Prediction.

Lipsitch was reluctant to say monkeypox will be here permanently, but he said it will be an ongoing threat for years to come.

“It’s in many geographic locations within the country,” as well as in other countries, Lipsitch told The Associated Press. “We don’t have a clear path to completing the domestic elimination.”

The virus has mainly spread among gay and bisexual men, although health officials continue to stress that anyone can be infected. It’s important that those at risk take steps to prevent spread and that vaccination efforts continue, Lipsitch said.

The CDC report contained some good news: The US outbreak appears to have peaked in early August. The average number of cases reported each day – less than 150 – is about a third of what was reported in mid-summer, and officials expect the decline to continue for at least the next few weeks.

Lipsitch attributed the good news to increased vaccination, cautious behavior by those at risk and infection-induced immunity in the highest-risk populations.

dr Tom Inglesby, director of the Johns Hopkins Center for Health Security, agreed that the spread of monkeypox in the US was unlikely to stop anytime soon, but he said it could still be done in the long term.

If domestic transmission were stopped, infections could still linger if people contract the virus on international travel, he said. But the declining cases make it seem like “we’ve turned a real corner.”

“The ongoing efforts are successful and should be continued, if not intensified,” he said.

As case numbers drop, this is a good time for local health officials to make a fresh attempt at intensive contact tracing to try to stop chains of transmission, he said.

Monkeypox is endemic to parts of Africa where people have been infected by bites from rodents or small animals, but until May, when infections emerged in Europe and the US, it was not considered a disease that spreads easily among humans

More than 67,000 cases have been reported in countries with no history of monkeypox. The US has the most infections of any country – more than 25,600. One US death was attributed to monkeypox.

More than 97% of cases in the US are men. The vast majority were men who reported recent sexual contact with other men.

Although cases have declined, the proportion of new cases that contain information about recent sexual contact has also declined, officials said. That’s causing a growing blind spot about how the virus might spread, Lipsitch noted.

https://www.kvue.com/article/news/nation-world/cdc-monkeypox-elimination-unlikely-in-us/507-01f811af-4972-4419-b2fb-918f5ad13909 The monkeypox outbreak has probably peaked and is unlikely to be eliminated

Ukraine encircles 5,000 Russian troops in Lyman as Putin faces yet another defeat