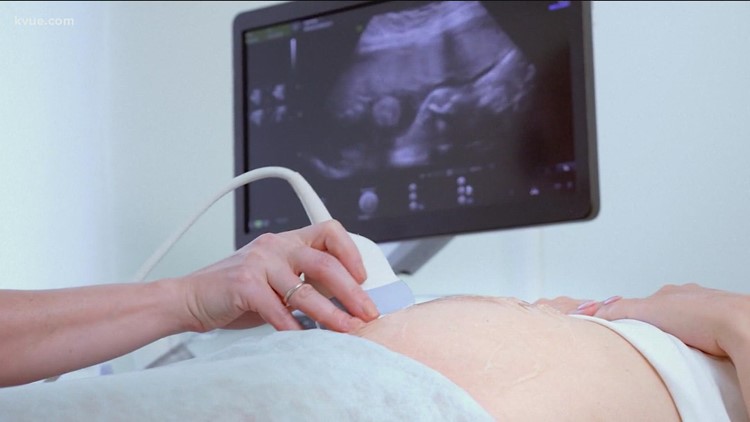 The report by the Maternal Mortality and Morbidity Review Committee, more than three months late, estimates that up to 90% of deaths could have been avoided.

THE TEXAS TRIBUNE — For psychiatric support, call the Substance Abuse and Mental Health Services 24/7 in English or Spanish free hotline at 800-662-4357. You can also reach a trained crisis advisor via the Suicide and Crisis Lifeline by calling 988 or texting.

At least 118 women died and almost 200 children were left without a mother.

That was just part of the death toll from pregnancy and childbirth in Texas in 2019, according to a long-awaited state report released Thursday.

Major medical complications from pregnancy and childbirth also increased significantly between 2018 and 2020, rising from 58.2 to 72.7 cases per 10,000 deliveries in Texas.

As in years past, the maternal death tragedy unfolded unevenly across the state, hitting black women the hardest.

This is the state Committee on Maternal Mortality and Morbidity Review’s fifth biennial report since lawmakers formed it in 2013, and the first to review more recent cases. the previous report reviewed cases from nearly a decade ago.

In 2013, black women were twice as likely to die of pregnancy-related causes as white women and four times as likely as Hispanic women. A preliminary assessment of the 2019 data shows these trends are continuing.

The report found that discrimination contributed to 12% of pregnancy-related deaths in 2019. This was the first such report since the federal Centers for Disease Control and Prevention added discrimination, including structural and interpersonal racism, as a possible cause of maternal deaths. The specific type of discrimination varied between the cases identified by the committee and showed no particular trend, the report said.

In 2018, a sub-committee was set up to address these persistent disparities by helping to develop a tool to better determine when and if discrimination plays a role in maternal deaths.

The report also found that most of these deaths were preventable – in 90% of the cases reviewed by the committee in 2019 there was at least some chance of saving the woman’s life.

Birth bleeding was the leading cause of pregnancy-related deaths in Texas, accounting for a quarter of cases. While there were fewer overall serious complications from bleeding, the complication rate increased by almost 10% in black women.

The leading cause of death from bleeding was ectopic pregnancy, in which a fertilized egg implants outside the uterus. Left untreated, these non-viable pregnancies can rupture and cause life-threatening complications such as severe blood loss and sepsis.

Suicide and homicide accounted for 27% of Texas pregnancy-related deaths, most commonly from gunfire and airway limitations such as hanging, strangulation, and asphyxiation. Homicides were most commonly committed by intimate partners.

The committee’s recommendations to address the state’s persistently high maternal death rates look very similar to those of previous years. The top priority is once again to expand access to comprehensive health services during pregnancy and in the year after birth.

In the last legislative session, the House of Representatives approved 12 months of postpartum Medicaid to benefit the state’s poorest mothers, but the Senate reduced it to six months; now even that proposal is in bureaucratic limbo.

Republicans in the House of Representatives, including Speaker Dade Phelan, said always 12 months The approved postpartum Medicaid is a top priority for the upcoming session.

The committee also recommended increasing access to behavioral health services for women with mental health and substance use disorders from before conception through the postpartum period. According to the report, mental illness was the second leading cause of pregnancy-related deaths.

The committee also called for more support for those exposed to intimate partner violence; increasing the capacity and diversity of the national maternal health workforce; and standardizing protocols for responding to obstetric and postpartum emergencies, among other recommendations.

This report is intended to help lawmakers draft legislation ahead of the 2023 legislative session, which begins on January 10. It was supposed to be in the hands of lawmakers by September 1, but state officials said it was delayed to allow for a change more complete review of the 2019 cases.

Many maternal health advocates criticized the report’s delay as Politically motivated and harmful to women, especially given the state’s near-total ban on abortion.

“The suppression and withholding of data … bury these women dishonorably,” said Nakeenya Wilson, a community advocate on the committee, at a hearing last week. “In my opinion and in the opinion of many of my colleagues, a delay was not necessary.”

Henry Cavill stars in the TV series Warhammer 40,000 for Amazon

Trump's 'big announcement' sends Bannon to brink: 'I can't do this'