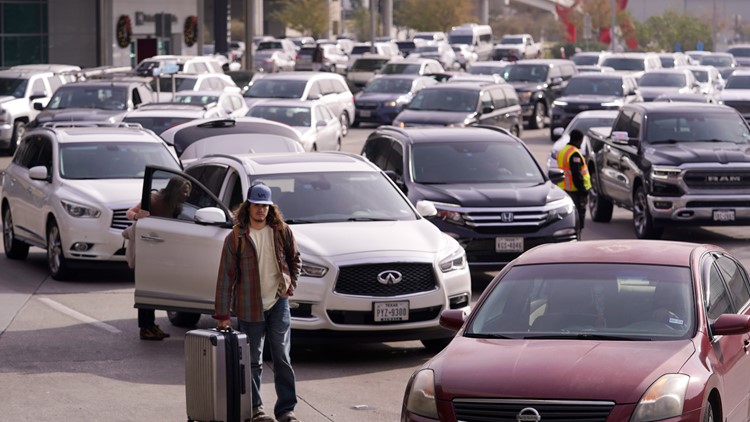 Texas is the only other state in the nation, along with California, with a population of more than 30 million, according to new data from the US Census Bureau.

TEXAS, USA – Driven by migration into the state from other parts of the country, Texas has crossed a new population threshold this year: 30 million people live here.

The state’s population has been on an upward trend for decades, accompanied by demographic shifts that have reshaped everything from politics to classrooms as people of color fueled its growth.

population of Texas increased by 470,708 people since July 2021, the biggest win in the nation. Texas regularly holds this top spot in the bureau’s annual population updates. About half of that growth came from net domestic migration — the number of people who came to Texas from other states — while the other half was split almost evenly between net international migration and natural increase, which is the difference between births and deaths.

The source of the state’s population gains often fluctuates from year to year. The bureau’s estimates from 2010 to 2019 showed that Texas’ growth based on natural growth and net migration, both from within and from abroad, was nearly balanced over the decade.

Despite its growth, Texas lags far behind California, which has been the nation’s most populous state since the early 1960s. The latest estimates put the population of California at 39,029,342.

However, California’s growth has been stunted recently as it continued to lose residents to other states. California has outpaced Texas growth on international migration, but this year’s estimates show the state’s population shrank by 113,649 residents after suffering large losses from domestic migration.

In the last two years alone, the Golden State has lost nearly half a million residents. The population losses were reportedly caused in part by high real estate prices, as well as quality of life and transportation challenges.

Earlier this year, a separate Census Bureau estimate suggested that Texas may have passed another demographic milestone: the point at which Hispanic residents make up more of the state’s population than white residents.

This story comes from our KHOU 11 News partners at The Texas Tribunea nonprofit, nonpartisan media organization that educates and collaborates with Texans on public policy, politics, government, and statewide issues.

'Doctor Who' 60th Anniversary is getting a trailer soon

Trump Says 'Merry Christmas to All, Including Radical Left Marxists'