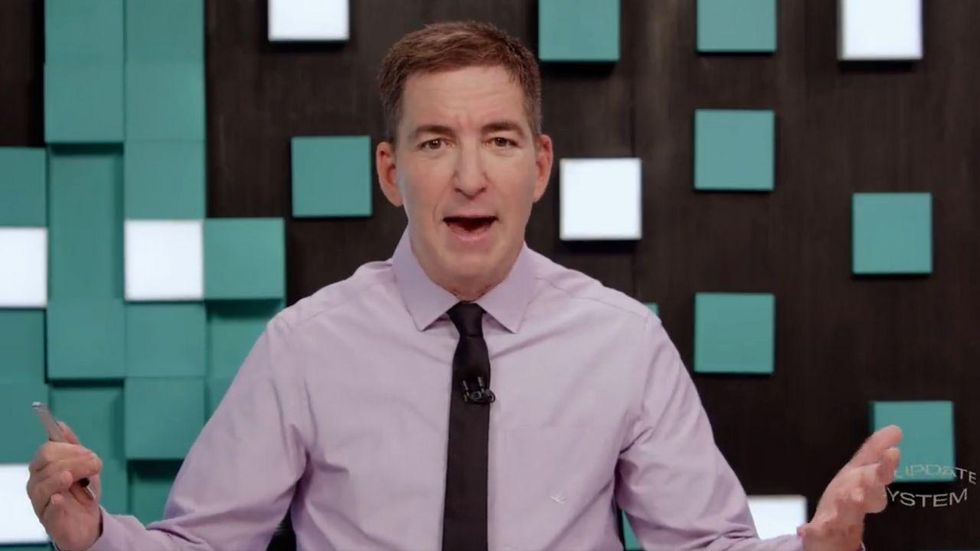 On Wednesday, independent journalist Glenn Greenwald published an article denouncing the United States government for hypocritically pressuring TikTok to censor and shut down content that deviated from the establishment narrative after it targeted China, Russia and accused Iran of similar tyrannical crimes.

Greenwald’s article “Due to the new US control of TikTok censorship, our report criticizing Zelensky has been deleted‘ argued that US officials and old media allies drastically changed their coverage of Ukrainian President Volodymyr Zelenskyy after Russia’s invasion.

According to the report, TikTok removed a video posted by Greenwald that discussed how the corporate media went from negative coverage of Zelenskyy before the war to positive coverage of him after Russia invaded Ukraine.

“When we learned that it was TikTok – and not FB or Google – that censored our critical report on Zelensky, we were surprised as China has no interest in protecting Zelensky’s image,” Greenwald said. “When we learned that the US security state had seized this censorship power, it made sense.”

He noted that the video did not look critically at Zelenskyy, but discussed how the US government and its allies had changed media coverage.

Greenwald posted the video of his show “System Update” on Twitter, which was banned on TikTok.

“One of the most notable features of the Ukraine war is how the media rewrote years of history almost overnight to support US intervention in Ukraine,” the post reads. “Before Russia invaded, Zelenskyy wasn’t exactly the poster child for virtuous democratic leadership.”

\u201cIronically, our report was not even critical of Zelenskyi per se. Instead, it showed how the western media completely reversed their own coverage of Ukraine and Zelenskyi the moment Russia invaded.\n\nLook carefully at the section that TikTok (i.e. the USG) has banned:\n\n

“For years, US officials and their media allies have accused Russia, China and Iran of tyranny for demanding censorship as a condition of access to big tech,” Greenwald wrote. “Now the US is doing the same with TikTok.”

He noted that China is often accused of forcing big tech to bow to its demands for censorship. For example, in 2018, leaked Google documents revealed that the company was poised to launch a censored version its search engine to meet the demands of the Chinese Communist Party. In addition, in 2016, Facebook set out to enter the Chinese market through content creation software to suppress certain items. Facebook has also previously complied with requests from Pakistan, Russia and Turkey to restrict content.

According to Greenwald’s report, the United States government has engaged in similar tyrannical censorship practices with TikTok.

“The US national security state has used threats to ban TikTok entirely from the US to make concessions that, instead of TikTok’s Chinese owners, they will now make ‘content moderation’ decisions for the platform, making TikTok now stays in the same box with Google, Meta and Apple as giant corporations subject to US government censorship policies,” Greenwald explained.

https://www.theblaze.com/news/greenwald-us-govt-censors-tiktok-accusing-russia-china The US government failed to censor TikTok content, using threats to ban the platform after accusing China and Russia of similar big-tech tyranny: Glenn Greenwald