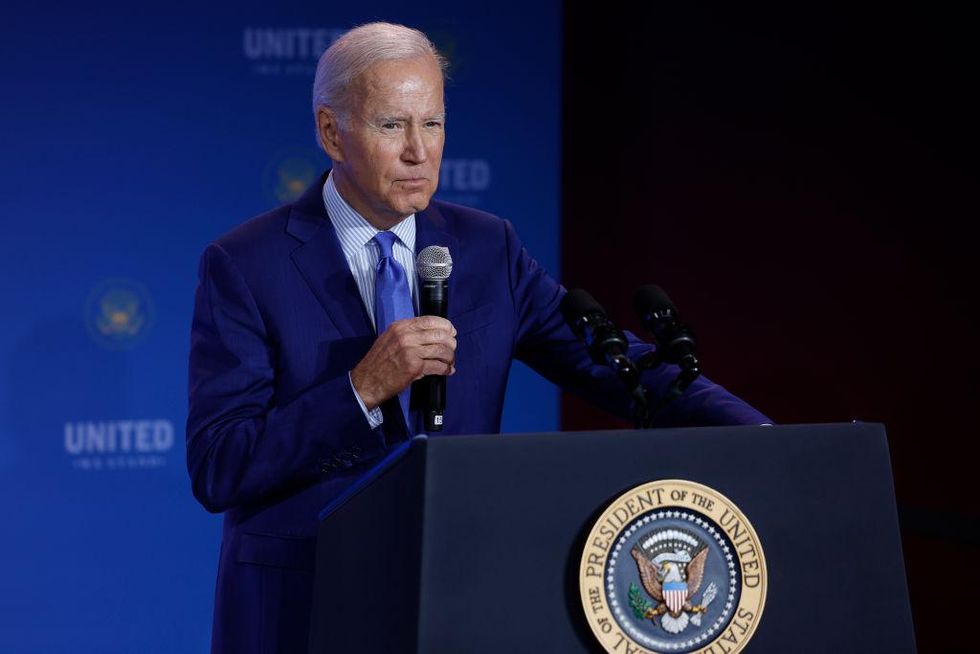 Some Orthodox Jewish leaders have cried violently after saying they were barred from attending a White House summit on hate crimes against minority groups.

On September 15, the Biden administration hosted a hate crime summit titled United We Stand. Although Rev. Al Sharpton originally requested the summit after the killing of 10 black people at a grocery store in Buffalo, New York in May, the summit was set up as a means of publicly condemning hate crimes in all forms, including anti-Semitic attacks.

In his speech at the summit, President Joe Biden condemned the “Anti-Semitic bile‘ voiced white supremacists at the Charlottesville clash in 2017. He also claimed that a ‘continuous line of hatred’ is endemic to American culture and that this hateful American instinct translates into attacks on ethnic minorities such as Mexicans and Chinese, as well as the religious manifest minorities including Catholics, Mormons, Muslims, Hindus, Sikhs and Jews.

Despite these statements of support for persecuted Jews, several notable Orthodox Jewish leaders say they are not welcome at United We Stand. Duvi Honig, CEO of the Orthodox Jewish Chamber of Commerce, said he tried to contact administration officials three times to secure his spot, but no one ever responded to his requests.

Honey doesn’t believe the silence he received from administration was a mere oversight.

“The question is, is [Biden] Punishing the Orthodox community for their support [former President Donald] Trump?” Honey asked.

“The White House used hate,” honey added. “They used us, our blood – they used our DNA from Jews who were persecuted and attacked daily as an excuse to have an event and didn’t include orthodox Jews who were number one [target of] hate and anti-Semitism.”

Honey isn’t the only Orthodox Jew who wasn’t allowed to attend the event, either. Four orthodox Jewish journalists from Ami magazine say they were similarly denied entry because “distance restrictions.” The White House claims that a total of only 40 press seats were available and that 50 applicants were vying for the 20 spots not already filled by members of the daily press pool.

Although it’s unclear whether the White House actually dismissed allegations that it deliberately excluded Orthodox Jews from United We Stand, the New York Post said the White House pointed out that Orthodox Union leader Nathan Diament and the panelist Joseph Borgen both attended the event and that Rabbi Moshe Hauer was invited but was unable to attend due to a scheduling conflict. Several other Reformed and Conservative Jews attended the event, including Jonathan Greenblatt, CEO of the Jewish Anti-Defamation League.

However, Honig seems to view these Jewish representatives as the exceptions that prove the rule. “A person trickled in!” he said mockingly, referring to Diament. He also pointed out that Reformed Jews face less persecution because they often do not wear clothing such as a yarmulke, which would identify them as Jews.

Still, Jake Turx, one of the four American journalists kept away from the event, was pleased with the White House’s statements.

“I’m relieved we were able to come to an agreement,” Turx said in a statement to the New York Post. “The Jewish people have enough enemies anyway. Luckily, the White House Press House is not on that list.”

https://www.theblaze.com/news/orthodox-jewish-leaders-claim-wh-barred-event ‘They used our DNA of persecuted Jews… as an excuse to host an event’: Orthodox Jewish leaders claim White House barred them from hate crimes summit

Where does the show fall on the Star Wars timeline?

A man was stabbed to death during an altercation in downtown LA’s Fashion District, police say