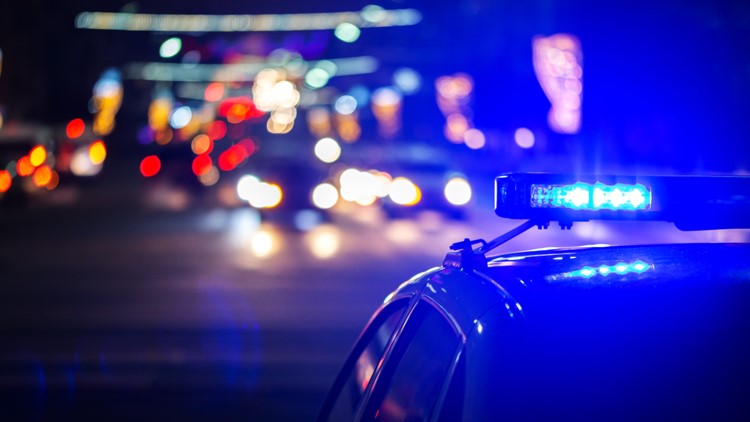 Before the crash, the three teenagers led police in a stolen RAV4 on a chase, police said.

NEW BRAUNFELS, Texas — Three teenagers were arrested after leading New Braunfels police on a chase in a stolen vehicle on Saturday.

At approximately 8:15 p.m., the New Braunfels Police Department responded to the 1500 block of Lahn Road with a call to fire. Police arrived and found shell casings in the middle of the road and found the shots had been fired from a silver SUV in which several men were seated, officials said.

No damage or injuries were reported and police were initially unable to locate the vehicle with those responsible – until police received another call less than an hour later, officials said.

At approximately 9:10 p.m., police responded to the 100 block of Luckett Drive for a report of a similar vehicle being occupied by three men, possibly with guns.

Officers arrived and found a silver 2020 Toyota RAV4 that was reported stolen from Comal County, officials said. Officers attempted to conduct a traffic stop, but the vehicle fled.

The chase continued until the teenage driver lost control and crashed at South Business 35 and Spur Street. All three men who were in the vehicle tried to flee from police, but two were arrested by officers a short time later.

The third man hid in a wooded bush area of ​​the central reservation but was found by drones and K-9 officers, officials said.

Inside the SUV, officers found a handgun with ammunition matching the shell casings that the officers who fired earlier responded to at Lahnstrasse.

Both youths were taken to the Guadalupe County Juvenile Detention Center, officials said.

The third suspect, identified as 19-year-old Jaydavon Aguirre, was taken to the Comal County Jail and charged with escaping on foot and theft (between $2,500 and $30,000).

No injuries or damage were reported during this incident, which is still under investigation, and other charges may be pending.