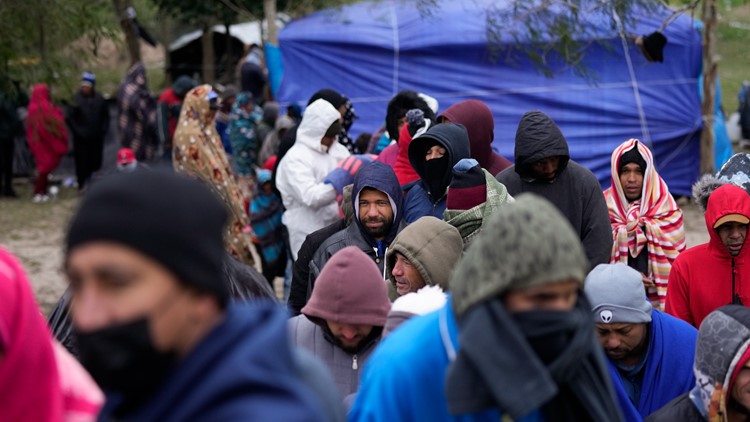 According to the court’s order, the case will be heard in February and the stay will be maintained until the judges rule the case.

WASHINGTON — The Supreme Court is keeping pandemic-era immigration restrictions indefinitely in place, dashed hopes of pro-immigrants who expected them to end this week.

In a Tuesday ruling, the Supreme Court extended a temporary stay that Chief Justice John Roberts issued last week. According to the court’s order, the case will be heard in February and the stay will be maintained until the judges rule the case.

The limits were introduced at the beginning of the pandemic under then-President Donald Trump. As part of the restrictions, officials have expelled asylum seekers within the United States 2.5 million times and turned away most people who applied for asylum at the border to prevent the spread of COVID-19. The restrictions are often referred to as Title 42 in reference to a 1944 Public Health Act.

Immigration Service advocates sued to end the use of Title 42. They said the policy contradicts American and international obligations to people who flee to the United States to avoid persecution. They have also argued that the policy is outdated as coronavirus treatments improve.

“We are deeply disappointed by all of the desperate asylum seekers who will continue to suffer under Title 42, but we will continue to fight to eventually end the policy,” said Lee Gelernt, an attorney with the American Civil Liberties Union, which had argued for the End use of track 42.

A federal judge sided with her in November, setting a deadline of December 21 to end the policy. Conservative-leaning states appealed to the Supreme Court, warning that an increase in migration would strain public services and cause an “unprecedented calamity” that they said the federal government would not be able to deal with.

Roberts, who deals with emergency matters coming from federal courts in the nation’s capital, has issued a stay to give the court time to consider both sides’ arguments more thoroughly.

The federal government asked the Supreme Court to dismiss the states’ efforts, but also acknowledged that an abrupt end to restrictions would likely lead to “disruption and a temporary increase in illegal border crossings.”

The Supreme Court’s decision comes as thousands of migrants have gathered on the Mexico side of the border, filling up shelters and worrying lawyers scrambling to figure out how to take care of them.

The precise question before the court is a complicated, largely procedural one about whether states should be allowed to intervene in the legal battle that had pitted migrant advocates against the federal government. A similar group of states won a lower court order in another jurisdiction preventing the end of restrictions after the Centers for Disease Control and Prevention announced in April that they would end application of the directive.

As of the November decision of the judge in the attorneys’ lawsuit, the states had not attempted to intervene in the case. But they say the administration has essentially abandoned its defense of Title 42 policy and they should be able to intervene. The administration has appealed the verdict, although it has made no attempt to uphold Title 42 while the litigation is ongoing.

'José Andrés and his family in Spain': Interview with a Spanish chef