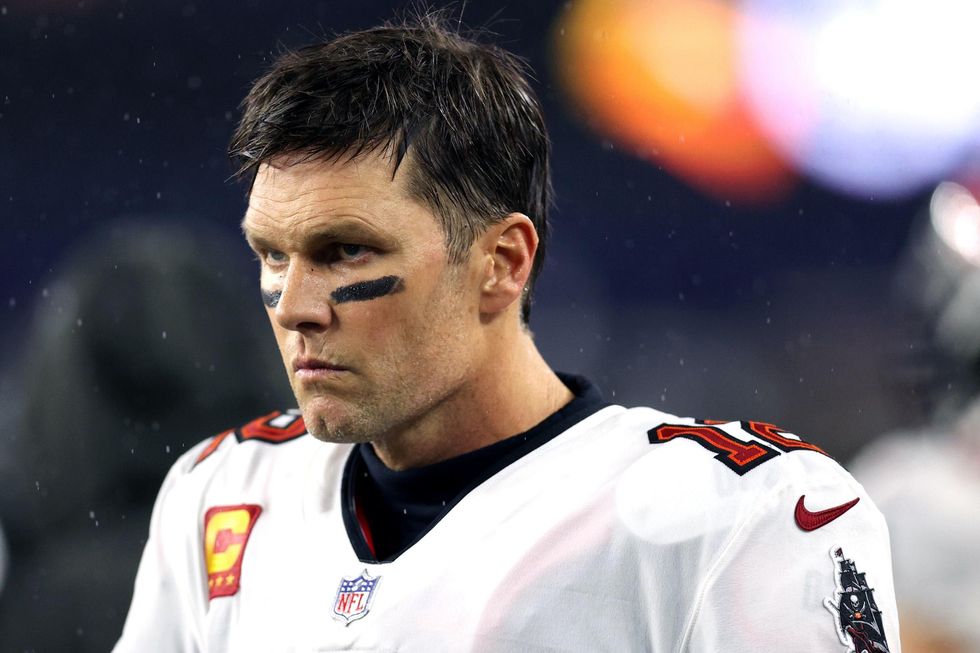 Tampa Bay Buccaneers quarterback Tom Brady he apologized after receiving some backlash for comparing playing in the NFL to serving in the military.

Brady addressed the issue at the start of his weekly media briefing on Thursday.

“Before we start, can I say one thing? Earlier this week I made a statement about playing football and the military and it was a very poor choice of words,” Brady told reporters.

“And I just want to get that out there to all the feelings out there that people took it a certain way. I apologize,” he added.

He was asked by a reporter to explain his comments, but he declined.

“To be honest, I don’t want to get into that too much,” Brady replied. “I am very grateful to everyone who served. We end up playing a game and the military defends our country. They are two different things and I shouldn’t have made the comparison.”

The superstar quarterback made the comments about the military on “Let’s Go!” Podcast released on Monday.

“I almost look like a football season like you’re going into the military,” Brady said on the podcast. “And it’s like, ‘Man, here I go again.’ And there’s only one way to do it.”

Some veterans and their families were offended by the comments and took to social media to express their displeasure.

“Hey @TomBrady have you ever been shot at while working out? Blown up? Were your teammates injured or killed?” tweeted US Army veteran Richard Ojeda. “Have you ever finished a workout wondering how you got through it alive??? YOU PLAY A GAME. Worst case scenario, you lose a game. No life.”

“Tom Brady’s reference to his career as a deployed soldier is a prime example of an aloof brat who has no fucking clue what the military and their families are going through during the war. He owes an apology, to say the least.” tweeted a woman who identified herself as the wife of a combat veteran.

Brady’s third season with the Buccaneers got off to a slow start with three wins and three losses. He’s also been plagued by reports of marital troubles with his supermodel wife, Gisele Bundchen.

Here’s the video of Brady’s apology:

https://www.theblaze.com/news/tom-brady-military-deployment-apology Tom Brady Apologizes for Likening Playing in the NFL to Military Action: ‘A Very Poor Choice of Words’