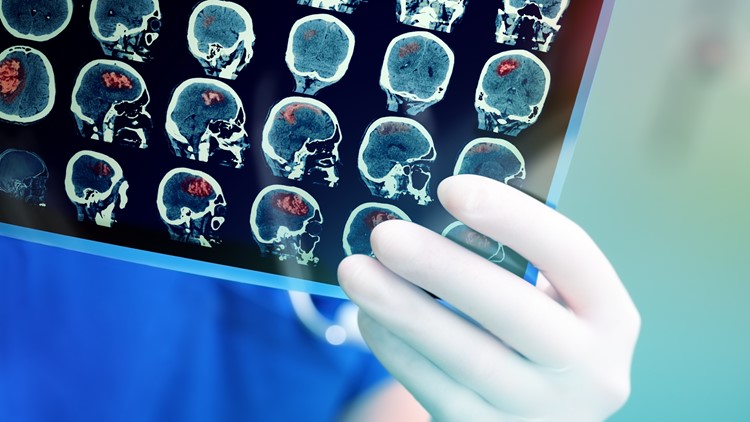 TULSA, Oklahoma — Everything was going normal for Tulsa news anchor Julie Chin as she reported on NASA’s now-delayed lunar rocket launch. But within minutes, NBC affiliate KJRH was focused on something else: a medical emergency.

Attempting to announce a local event related to the launch, Chin struggled to complete a sentence, repeated words, and appeared confused.

“I’m sorry,” she said before the cameras switched to the station’s meteorologist. “Something is wrong with me this morning and I apologize to everyone.”

Something was afoot, Chin revealed the next day – a medical emergency.

“The last few days are still a bit of a mystery, but my doctors believe I had the beginnings of a stroke live on the air on Saturday morning.” Chin wrote on Facebook on Sunday.

Tulsa news anchor Julie Chin broadcasts the beginnings of a stroke live. She knew something was wrong, so she threw it to the meteorologist when her concerned colleagues called 911. She’s fine now, but wanted to share her experience to educate viewers about stroke warning signs. pic.twitter.com/aWNPPbn1qf

She said the on-camera confusion was just part of her symptoms, all of which started within minutes.

“First I lost partial vision in one eye. A little later my hand and arm went numb. Then I knew I was in big trouble when my mouth didn’t utter the words that were on the teleprompter right in front of me.” , wrote Chin, “If you were watching Saturday morning you know how desperate I was trying to push the show forward, but the words just wouldn’t come.”

Chin thanked her colleagues, who saw her symptoms on Saturday and quickly called 911. She also thanked the first responders and medical professionals who helped her, although it was still unclear exactly what happened.

“At this point doctors believe I may have had the onset of a stroke but not a full stroke,” she wrote. “There are still many questions and many to explore, but overall I should be fine.”

That’s what the Mayo Clinic says Prompt treatment is crucial for patients who have had a stroke – brain cells can die in minutes if the blood supply is blocked or restricted. Symptoms include trouble speaking and understanding others, paralysis or numbness of the face, arm or leg, and blurred vision.

“Call 911 or your local emergency number immediately,” the Mayo Clinic’s website says. “Don’t wait for the symptoms to go away. Every minute counts.”

Chin said she learned it’s not always obvious when someone is having a stroke. She shared the acronym BE FAST for areas where symptoms may appear: balance, eyes, face, arms and speech, with the last letter referring to time — a crucial element in stroke treatment.

KJRH said many viewers have inquired about Chin’s condition. The station shared her update on Facebook and said staff “wish her the best on her journey to recovery and a well-deserved rest.”

Chin said she needs more testing while her medical team searches for answers.

“In a few days I’ll be back at my desk and sharing the stories I love with the community I love,” she wrote. “Thank you all for loving me and supporting me so well.”