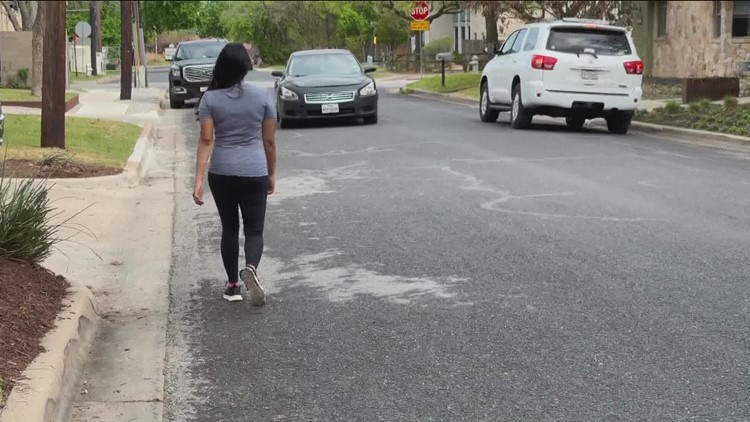 TxDOT tells drivers, pedestrians and cyclists to keep an eye on the roads.

AUSTIN, Texas – Many drivers will be on the streets of Texas this Labor Day, visiting family, attending BBQs and other outdoor events. Many pedestrians and cyclists will also enjoy the last days of summer.

That’s why it’s important that all Texans, no matter how they travel, look out for each other so that everyone can stay safe.

Pedestrian and bicyclist deaths continue to rise in the Lone Star State each year. According to that Texas Peace Officer crash reportin 2021, 841 people died in road accidents involving pedestrians – a 15% increase from 2020. Accidents involving cyclists claimed the lives of 92 people in 2021.

Those 933 deaths account for 20% of the 4,490 deaths on Texas roads last year. Overall, pedestrians and cyclists are responsible for 1 in 5 traffic fatalities in Texas.

On this Labor Day, the Texas Department of Transportation (TxDOT) starts its “Be sure. Drive Smart” pedestrian and cyclist safety Campaign. The department encourages all Texans to know and obey traffic rules for safe driving, walking, and biking.

One of those laws is the “Lisa Torry Smith Act,” named for a Texas mother who was killed in a pedestrian accident at a crosswalk in Missouri City, Texas, in October 2017 while she was taking her 6-year-old son to school.

At the time of the accident, striking a pedestrian, cyclist, or other vulnerable motorist at a crosswalk had essentially no consequences for Texas drivers. After her death, Smith’s family worked diligently to pass the new law. It came into force on September 1, 2021.

“One driver made a very quick and dangerous turn. And really, I was probably thinking, ‘You’d better get out of my way.’ And my sister didn’t see her,” said Gina Torry, sister of Lisa Torry Smith. “She was focused on making sure her son walked safely to the crosswalk. Thank God she had him a bit behind her. And sadly she did run over by this driver who didn’t brake.”

Texas law states when you drive:

If you ride a bike:

TxDOT’s new campaign will run until September 15, but the rules and laws will apply year-round to keep everyone on the streets safe.