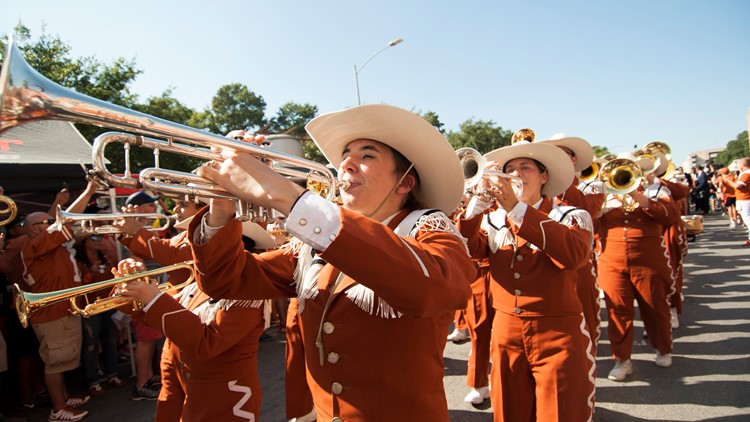 Police said the man touched or grabbed the buttocks of two UT band members and then fled the scene.

AUSTIN, Texas — An Austin man was arrested over the weekend after he allegedly used false press credentials to access the Texas Longhorns game and then reportedly assaulted two University of Texas band members.

According to court documents, an Austin Community College police sergeant was assigned to escort the band during the Oct. 1 game UT vs. West Virginia. This sergeant reported seeing Torres standing near the band and recognized him as the same suspect who may have assaulted two students. He was then arrested and taken to Austin police custody.

At the time, police reported that Torres was wearing a UT Housing and Dining shirt, and he was later identified as an employee there. His employment in that department does not grant him access to the stadium for football events, police noted. Police also said he could not provide proof of tickets to the game and this time they believed he used his shirt to gain access to the stadium again.

Samuel L. Jackson once believed parts of Hollywood could be "sleazy."