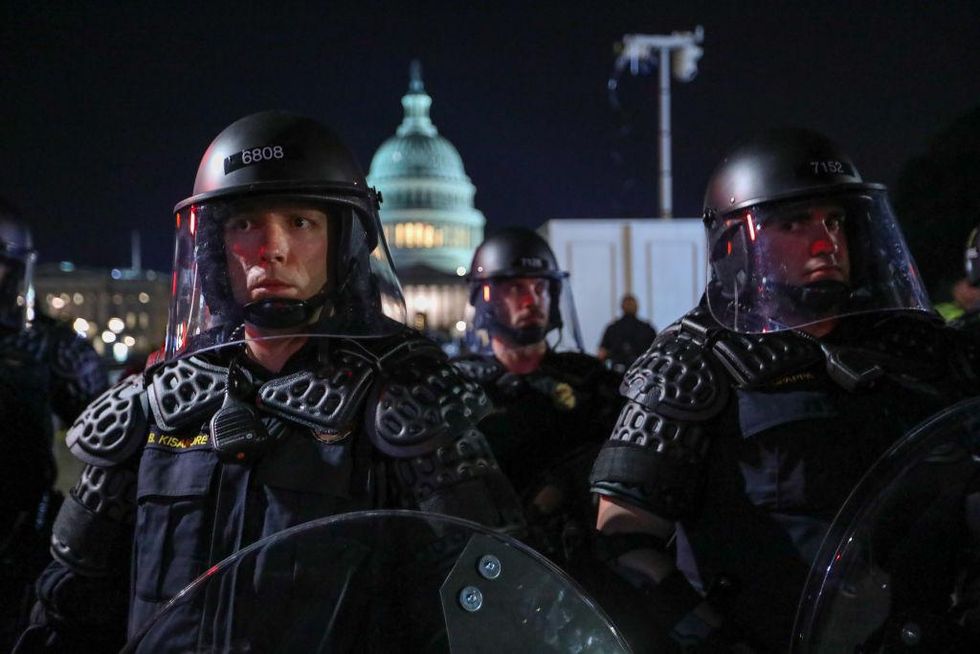 After the fall of the Supreme Court, protests erupted across the country Roe v. Calf. Violent clashes erupted between pro-choice and law enforcement officials in major US cities on Friday.

Antifa-affiliated pro-abortion group Jane’s Revenge vowed to host a “night of rage” after the Supreme Court ruled to allow states to make the final decision on abortion. Black bloc protesters carrying umbrellas marched through the streets of Washington, DC

The group chanted slogans such as “If abortion ain’t safe, neither are you,” “If we don’t get it, burn it down,” “Every town, every town, burn down the precinct,” and “Fuck the church, Fuck the state, we won’t let them decide our fate.” The protesters burned American flags.

(WARNING: The following videos may be unsuitable for some viewers)

\u201c\u201cIf we don’t get it, BURN IT DOWN\u201d \n\nANTIFA marches through the streets of Washington DC calling for violence in the streets after the Roe v Wade coup.\u201d

\u201cLIVE in DC: Woman freaks out and yells at guests as Antifa marches downtown\n\n Footage by @HannahNighting\u201d

\u201cBREAKING: ANTIFA lights an American flag in the middle of the street here in DC | @TPUSA\u201d

Abortion advocates closed the 110 freeway in downtown Los Angeles. El American field journalist Anthony Cabassa captured the moment a vehicle drove through the blockade and a man hit the car with a pole.

\u201cBreaking: Protesters overtake the highway, attack vehicles that refuse to stop. THOUSANDS are now marching on the 110 North Freeway.\u201d

\u201cAnother angle shows a rioter at the #Antifa-Pro-Abortion riot in Los Angeles trying to burn the police with a homemade flamethrower. Antifa also throws explosive mortar fireworks directly at @LAPDHQ officials. A suspect who tried to escape was arrested.\u201d

According to a Post Millennial reporter, a pro-life woman was attacked and pepper-sprayed by Antifa Katie Daviscourt.

journalist Jonathan Choe said he was harassed by Antifa members – who slapped his phone out of his hand while he was documenting the protest.

\u201cCHASED: Tried to capture Antifa trying to break windows. Then the extreme left-wing mutual aid activists spotted me and pointed me out. This Black Bloc group is perhaps the boldest crew ever. I knocked over my phone but I immediately picked up. Had to overtake her. I’m fine. #Seattle\u201d

videographer Mason Lake was reportedly attacked by Antifa while covering the Portland abortion protests. Before the camera was knocked out of his hand, the video shows graffiti on the federal courthouse.

A small fire was lit in the Portland Federal Courthouse.

https://www.theblaze.com/news/roe-v-wade-protests-abortion-video Video of abortion protests in US cities over Roe v Wade

How "Gaslit" brought Watergate's image into the present