Hey now, hey now, don’t dream it’s over – in fact, as a new trailer shows, The Sandman is just beginning.

In conjunction with its San Diego Comic-Con panel on Saturday, Netflix released a two-minute preview of its upcoming series adaptation of Neil Gaiman’s beloved comics. “Your waking world is shaped by dreams,” Morpheus (played by sweet bitter‘s Tom Sturridge) tells us in the video above. “Dreams and Nightmares.”

And we see plenty of both as the action unfolds. Gaiman devotees will recognize many familiar faces from the comic, including dastardly villain The Corinthian (narcotics‘ Boyd Holbrook), Matthew the Raven (voiced by AP Bio‘s Patton Oswalt) and Dream’s larger than life siblings like Death (kill Eve‘s Kirby Howell-Baptiste) and Desire (Cowboy Bebop‘s Mason Alexander Park). Also, the trailer gives us a good insight Doctor Who‘s Jenna Coleman as Johanna Constantine and game of Thrones‘ Gwendoline Christie as Lucifer, Ruler of Hell.

The series, which will be released in its entirety on Friday, August 5, is “a rich blend of modern myth and dark fantasy that seamlessly weaves contemporary fiction, historical drama and legend,” according to Netflix. The Sandman will follow Morpheus, the King of Dreams – and all who are affected by him – as he corrects the mistakes he has made during his decades of existence.

Press PLAY on the above video to watch The Sandman trailer (and check out the new key graphic below), then post your thoughts in the comments! 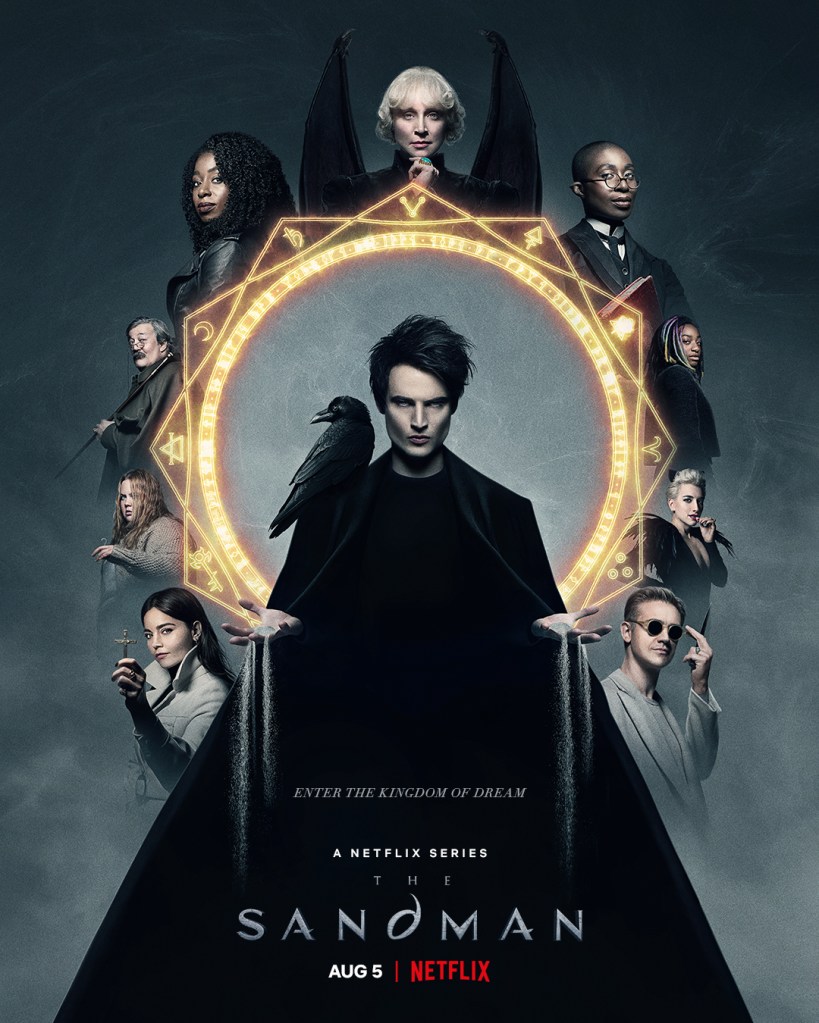