In the prequel spinoff (premiering this Thursday at 9:8c on The CW), Matt Barr stars as a charismatic outlaw who meets Katherine McNamara’s Abby Walker in the 1800s western frontier town of Independence, Texas. The role marks an unexpected return to the walker universe for Barr, who previously played Hoyt’s Descendants – aka Hoyt Rawlins – on the Mothership series until it met a tragic end in Season 1.

“We sort of regretted it [killing him]honestly,” walker and independence Executive producer Seamus Fahey admitted during a recent virtual panel for the spin-off. “[Walker showrunner Anna Fricke] and I started thinking about what we did wrong with our lives but also with this creative choice. And so it started with a text message to Anna that said, “Well, what if we went back to the first generation Walkers and Hoyt Rawlins joined us?” A few text messages later and suddenly [executive producer] Jared [Padalecki is] on the hook and the studio is excited.”

Playing Hoyt’s ancestors in a very different time presented Barr with a unique challenge. “I want to differentiate them, but also feel the same kind of core bloodline very strongly there,” Barr said.

Barr compared the two characters, describing today’s Hoyt as “like a golden retriever with a gun unloaded. And 19th-century Hoyt might be like a German shepherd. He’s nice until you tease him, and then he’ll bite.” 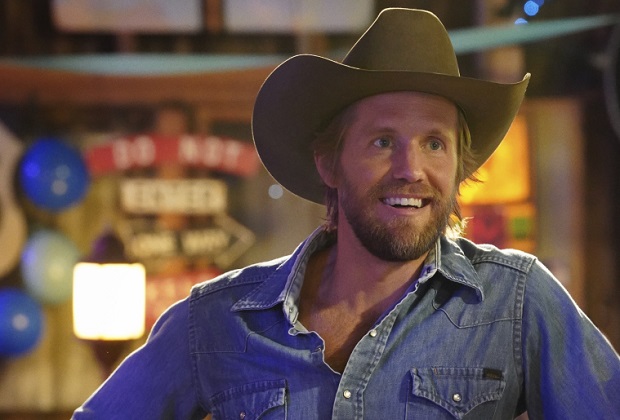 While the two Hoyts are “equally charming” and carry “a little bravado” and “a wink,” independence‘s Hoyt is “more dangerous,” Barr warned. “I think in the Wild West you had to survive somehow. So I wanted to see that kind of DNA in him. But I also liked the idea that you can’t really outrun your destiny. And so there [is] that enduring kind of ruthlessness in the Rawlins DNA” that was passed on to Cordell’s BFF walker. (Plus, both Hoyts share the same adorable face, as pointed out by Barr’s co-stars.)

“Matt does a great job of gently dancing around it, but there’s certainly a nod to the OG Hoyt,” Padalecki gushed, adding walker Fans should also keep an eye out for “some pretty awesome Easter eggs as part of the dialogue that Seamus threw in there.”