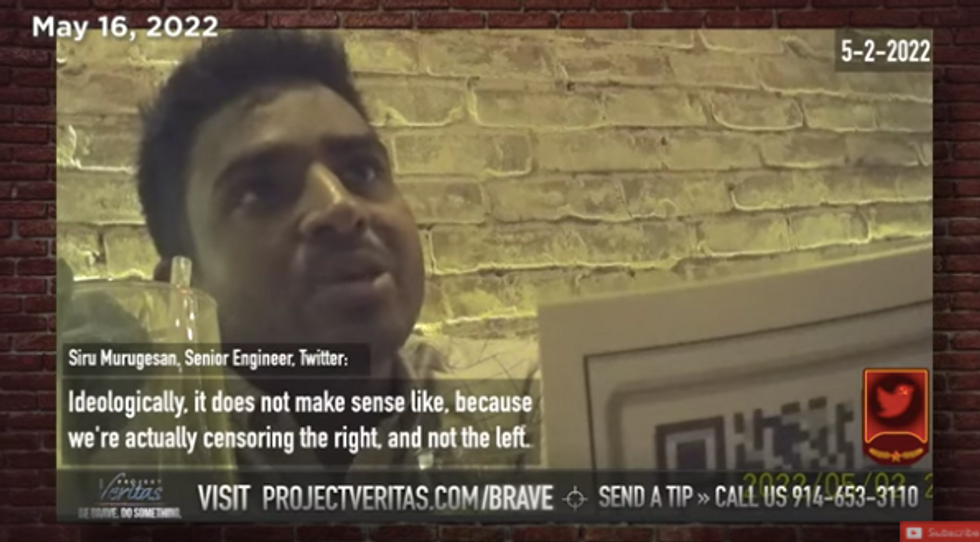 A senior Twitter engineer confirmed what many conservatives have suspected for years.

An undercover journalist got Siru Murugesan to admit on hidden camera that “Twitter doesn’t believe in free speech” and “censors rights”.

Steven Crowder discussed the story Tuesday in Louder with Crowderepisode and explained how Murugesan, a senior engineer, described himself and his colleagues as “commie as fk.”.

Murugesan went straight in Project Veritas Stitch surgery where he made one set of approvals on the culture of Twitter and what a future owned by Elon Musk looks like from the perspective of his peers.

“We’re all like clerks,” the engineer said, emphasizing the stark contrast to Musk’s capitalist approach to business.

To enjoy more of Steven’s uncensored late night comedy that’s funny, join the mug club – the only place for all crowders uncensored and on demand.

https://www.theblaze.com/shows/louder-with-crowder/twitter-censors-right “We’re COMMIE as f-k,” says the senior Twitter engineer about himself and his colleagues