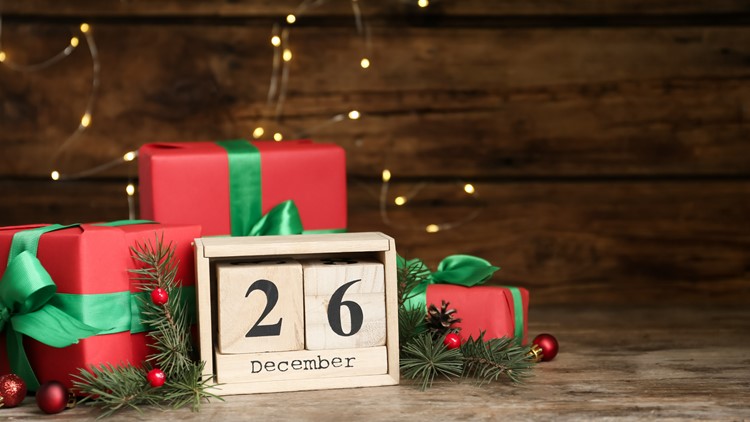 Despite the name, Boxing Day has nothing to do with the sport of boxing or returning Christmas presents.

Boxing Day is celebrated in the UK on December 26th, the day after Christmas. Despite the name, the holiday has nothing to do with boxing or the return of boxes or gifts.

History.com explains that one theory about the origin of the holiday is that the day after Christmas, boxes containing small gifts and money were distributed to domestic workers and employees who had to work on December 25th. The gifts were intended as a thank you for their service throughout the year.

Although the origin of the holiday is unclear, Dictionary.com claims that it has existed since the 1700s.

Over the years, the holiday has evolved into an extension of the Christmas season, when family and friends gather to celebrate together. Boxing Day is also in Great Britain and other British Commonwealth countries one of the most popular shopping days of the yearrivaling Black Friday in the United States.

MORE TOP STORIES: What is open, closed on Christmas day?

However, it should be noted that Boxing Day has nothing to do with boxes or returning Christmas gifts in boxes. However, people in Britain now associate the holiday with football (soccer).

This year Boxing Day also marks the return of the Premier League season after being suspended for a month due to the World Cup.

What does Boxing Day mean for the @PremierLeague?

Rebecca Lowe, @RobbieMustoeRobbie Earle and @JPW_NBCSports Explain the cultural relevance and what full-time football means to them! pic.twitter.com/TYwDnKREI1

Former soccer player turned TV analyst Robbie Earle described in a video from 2019 that when he thinks of Boxing Day he thinks of “the biggest game of the Premier League season”.

Suspect throws drugs from car in Westminster high-speed chase, police say 'it looked like a snowstorm'