An elderly woman from Colorado said KCNC TV She was fired from her job at a Circle-K supermarket after her manager didn’t believe her that a crook she was trying to stop one night two years ago was carrying knives.

The thing is, though, the suspect has reportedly pleaded guilty to threatening with a deadly weapon – and now Mary Moreno is suing the store, the broadcaster said.

Moreno, 74, told KCNC that during her 16-year stint at Circle-K in Westminster, she was immensely popular and “exceeded what they expected of me”.

But she told the channel the good vibes ended when new management took over, adding that higher-ups treated her badly and often made her work alone without breaks, which she said put her at risk.

Moreno was working a night shift at the store on Oct. 4, 2020, when a man walked in holding two hunting knives around 7 p.m., the station reported.

“I was shaking so bad I couldn’t keep still,” she recalled to KCNC. “I just wanted to get him out of there.”

Moreno told the broadcaster the man asked for cigarettes – but it soon became clear he had no intention of paying for them.

After Moreno refused, she told the station the man had come behind the counter – to which she resisted. 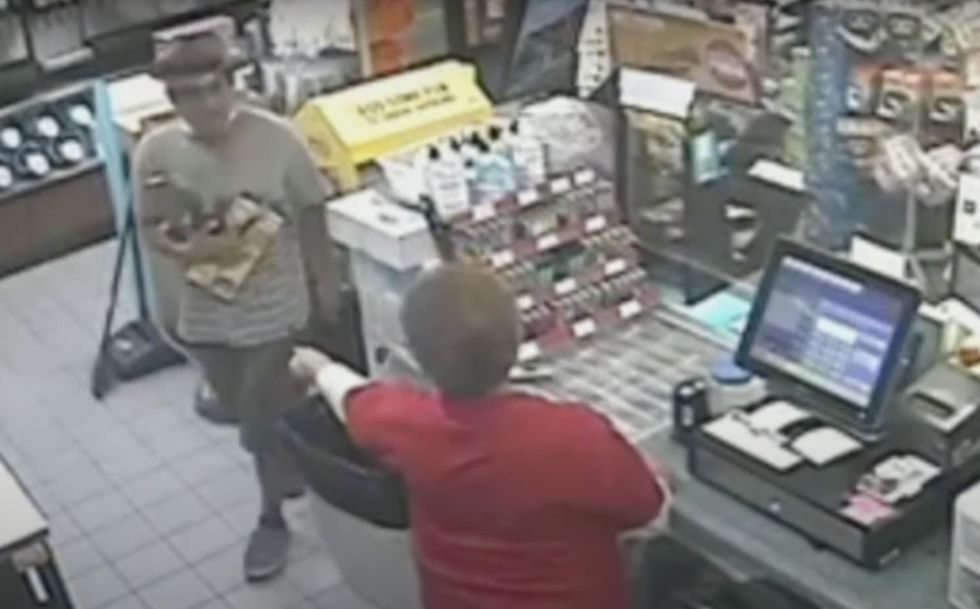 Police later arrested Tyler Darren Wimmer in connection with the incident and charged him with aggravated robbery and threats with a deadly weapon, the station said. He pleaded guilty to a deadly weapon threat, KCNC said, citing a lawsuit filed on Moreno’s behalf by the Rathod Mohamedbhi law firm.

But Moreno told KCNC the problems are just beginning.

She told the station that despite video of the incident, eyewitness accounts and Wimmer’s arrest, her branch manager didn’t believe her.

“He took me to the office and said, ‘Well, I don’t see a knife,’ because he was looking at the video, I think,” Moreno told KCNC. “And I said, ‘Well, there was a knife.'”

Moreno’s boss even insisted that she apologize, the broadcaster said, after which she refused and was then fired.

“I’m not doing this for money,” she told the broadcaster. “I do it because of the way they treat their employees.”

KCNC said it reached out to Circle-K for comment but received no response.

https://www.theblaze.com/news/elderly-woman-unjustly-fired-from-circle-k Woman, 74, says she was fired from Circle-K after boss failed to believe crook she was trying to stop was armed. The suspect pleaded guilty to the weapons charge – and now she’s suing.

Zee and Storm "Feelings Will Be Hurt" and Natalya blocked Kyle

Lawmakers are planning to reform cell phone tracking for police