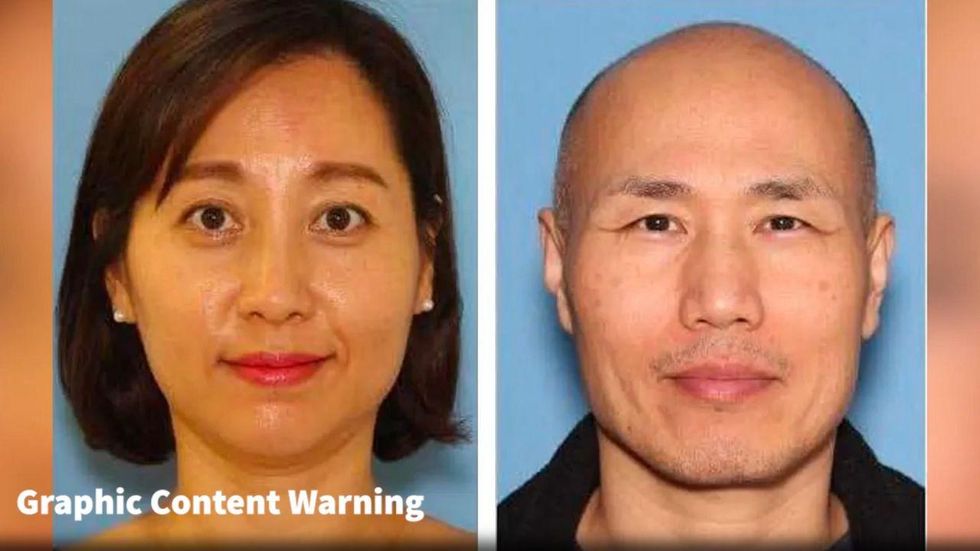 A Washington woman claimed her estranged husband previously bound, gagged and stabbed her buried them alive in a shallow grave Last month.

Young An, 42, said her husband, 53-year-old Chae An, attacked and kidnapped her after a dispute over finances and their imminent divorce.

Prior to the attack, Young had issued a restraining order against Chae, but it had been lifted at her request.

On October 16, Chae allegedly held Young in her bedroom with duct tape. As Chae left the room, Young managed to use her Apple Watch to call 911. She also sent emergency calls to her children and a friend.

The chilling audio recording of the seven-minute call to police recently received by FoxNews, caught Young’s muffled cries for help as the dispatcher struggled to hear them. The dispatcher tells Young that help is on the way.

According to Young, Chae returned to the bedroom and dragged her into the garage. Chae allegedly broke her watch and forced her into his vehicle. Despite the damage to the watch, the call to 911 remained active.

Security footage from several neighbors captured Chae’s minivan driving out of the neighborhood and passing the police cruiser heading to the home. At the time, police were unaware that Young had been kidnapped.

“The report was an ‘unknown distress call,'” Sgt. Shannon Barnes told Fox News. “So he had no information about anything that he went into.”

Chae allegedly drove Young to a wooded area outside of town where he stabbed her in the chest and buried her alive in a shallow grave 19 inches deep.

Young told authorities she kept the dirt from suffocating her by moving for several hours until she managed to rip off the tape.

Police reported that Young escaped from the grave and ran to a nearby house, where she knocked on the door and asked for help.

According to a probable cause statement, Young told the sheriff who arrived at the scene, “My husband is trying to kill me! Help me!”

Authorities found Chae in his van near the shallow grave and arrested him.