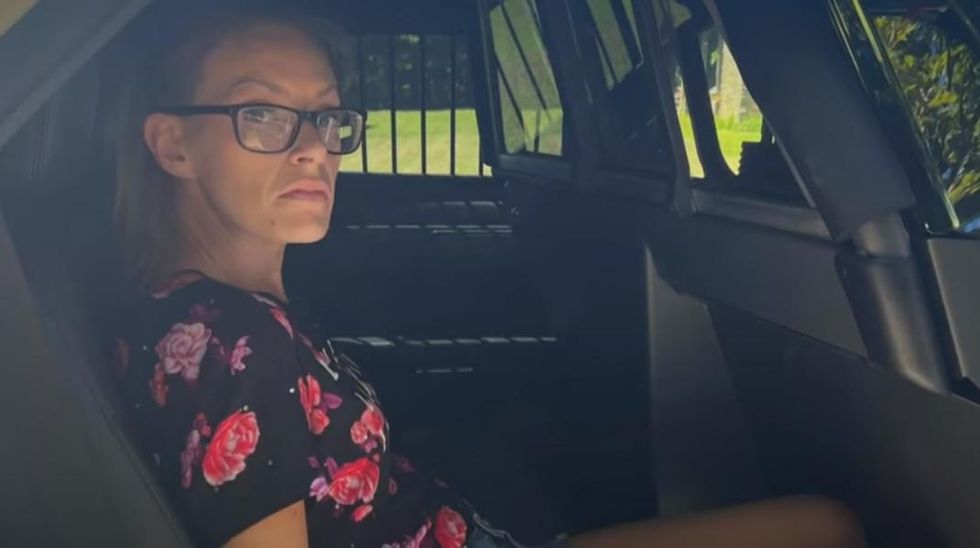 A Tennessee woman is in custody and faces charges of second-degree murder after correctional officers allege she passed methamphetamine to an inmate by kissing him during a jail visit. The man later died of an overdose.

Rachel Dollard, 33, was accused of passing half an ounce of meth to inmate Joshua Brown’s boyfriend, 30, “when the two exchanged a kiss while visiting the Turney Center Industrial Complex,” a report says.

Brown then allegedly swallowed the balloon containing the methamphetamine and later died of an overdose at a local hospital.

Brown had served an 11-year sentence for drug offenses. information under the Tennessee Correctional Services Website says he began his sentence in July 2016 despite being a TDOC press releasewho confirmed his 11-year sentence also stated that his sentence would expire in 2029. A call to TDOC did not clarify the discrepancy.

The kissing incident is said to have happened back in February, but Dollard was not charged until last weekend. In addition to second-degree murder, Dollard was also charged with murder import contraband to a correctional facility. If convicted, she faces up to 60 years in prison.

“This incident highlights the real dangers of introducing contraband into prisons and the ensuing consequences,” said David Imhof, director of TDOC’s Office of Investigations and Conduct. “Our agency will take criminal action against anyone who threatens the safety of our staff, the men and women in our custody, and our facilities.”

TDOC went on to explain that there are several protocols in place to prevent drug exchanges during inmate visits, “including searches of persons entering a facility, searches of vehicles and cells, and drug-sniffing dogs.”

It’s unclear if Dollard has already appeared in court or has hired an attorney.

“[W]We were taken by surprise,” she continued. “It’s a tragic, tragic, tragic thing for Josh’s family and our family and we just pray that God will come in here and help us all through this.”

https://www.theblaze.com/news/woman-charged-with-murder-after-she-reportedly-passed-meth-to-inmate-boyfriend-through-a-kiss Woman charged with murder after reportedly passing meth through a kiss to inmate’s boyfriend

Monte Apologizes to Taylor for Paloma's Side: 'I'm Gonna Feel Like an Idiot'