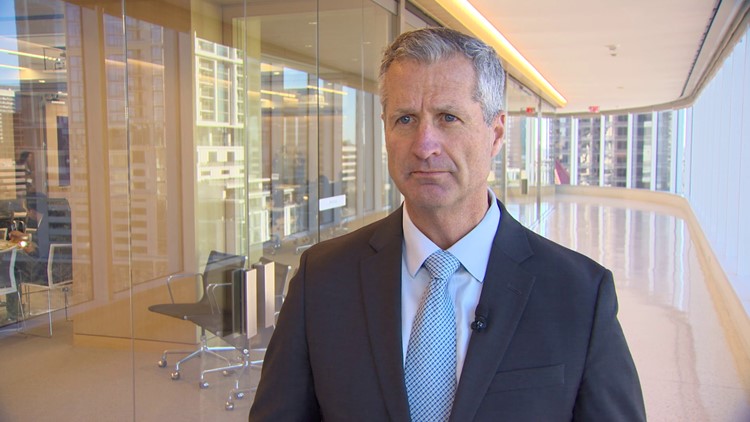 Before his run at the helm of ERCOT ends next month, the outgoing interim CEO says he is proud that the company has shifted its focus from affordability to reliability.

DALLAS — It’s a job no one wanted: restoring reliability to the Texas power grid.

And yet Brad Jones took the governor’s call when it came, agreeing to become ERCOT’s interim CEO as early as April 2021 – a job he will hold until October when his successor Pablo Vegas takes the helm .

Before he rides into the sunset, however, Jones joined the Jasons to answer a few questions about the latest episode of our Y’all-itics podcast.

Our first question: How confident is Jones that our heating and lights will stay on throughout the coming winter?


As for his answer? Jones said he’s very confident — in large part due to the significant changes ERCOT has implemented under his oversight across the Texas grid.

“There are no guarantees anywhere in life, right?” Jones told the Jasons. “We don’t know what kind of winter it might be, but I’m very confident. Well, we can’t expect to have a 130-year storm every year, right? We had a cold winter this past winter, but it was nowhere near 2021.”

According to Jones, one of the most important steps taken to improve the mesh was weathering, which helps all gear withstand extreme weather events. It worked too: Jones said that a month after the statewide weathering rule was introduced last year, ERCOT inspected 302 facilities to see if they met the requirements and 300 of them passed. The other two, Jones said, quickly resolved their issues and eventually passed.

But Jones also told us that ERCOT has learned a number of important lessons over the past few years – namely to admit its mistakes and learn to accept some guilt.

A particular weakness of ERCOT, Jones said, is communication. According to Jones, when the power grid collapsed in the winter of 2021, all the key stakeholders told a different story, from ERCOT to transmission companies to the Public Utilities Commission. Now, Jones told Y’all-itics, ERCOT is taking a leadership role to ensure Texans hear a coordinated message in the event of an emergency.

The other big change Jones has been working on is an increased focus on reliability. Unfortunately, he said, ERCOT’s pursuit of affordability over reliability finally caught up with him in February 2021.

“Over the last 20 years, we’ve let the market push us towards lower cost and greater affordability, giving up reliability,” Jones told the Jasons. “And every little step that we took, we said, ‘OK, fine, maybe we don’t do this reliable thing because it costs too much.’ Every little step we took led us down the path that ended in 2021. So we changed that.”

Jones also told us that renewable energy sources are a must for Texas and that investing in wind and solar power will only help lower our Texas bills. On the flip side, however, he added that there must also be days when the wind doesn’t help, and that there will be times during the winter months when the sun’s rays aren’t as strong as in the summer.

“Now that we’re bringing more wind and sun into the state, which I think is a phenomenal thing for us, we’re attracting it, coming in at a low price, the Feds are helping pay half of that, right?” said Jones. “Well, that’s good for Texas. We want the Feds to pay half of that. And that’s how we get these resources in our market, [and] that’s going to push our price down quite a bit because of those economic resources.”